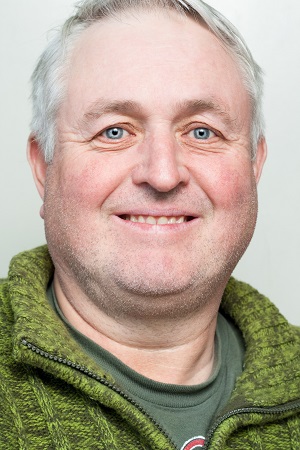 In Naples, where I used to live, the poverty is striking. I worked for an international aid charity there and was astonished by the levels of destitution. Italy is such a rich country – but there’s a deep undercurrent of exclusion – an entire population of millions who will never make even average wages.

This struck me when I returned to Scotland to live. I come from Gartcosh in North Lanarkshire, a town which once flourished on the back of the steel industry.

When the steel mills closed, we were left with a population of middle-aged men who felt their hearts had been ripped out.

They had traditional values and a traditional way of seeing the world. To lose their job was like a death sentence; they felt they couldn’t provide for their families, that they had been cast aside by society. In short, they became emasculated.

When I first started The Shed many officials laughed when I made the comparison between Gartcosh and Naples. They thought I was making a joke. I wasn’t. My work in Naples alerted me to the fact many middle aged men were vulnerable to depression and suicide if they weren’t reconnected to society via employment. It was that simple: work makes you live. To lose it can be a death sentence.

The Shed, when it first started, got unemployed men together in a big hut and basically rebuilt their self-esteem. We did this by pulling together mutual support, re-inspiring them with the will to succeed just by making sure every day they came along to the workshop to meet and look for work.

It is simple: work makes you live. To lose it can be a death sentence

That was in 1999 and we’re still providing the same support – but for a wider clientele. Today the problem is not so much about middle aged men but younger boys.

Sometimes I go out and chap on the doors of those who haven’t turned up. Being unemployed means motivation is hard to come by. It feels like society has discarded you. It can however lead on to many more serious problems and that’s why it is vital organisations like ours provide support just by doing the basics, like telling people they are valued and that they are wanted.

We’ve changed to bigger premises – we’re now a hall, not a shed. But the same founding principles remain – turn up if you need support.

My background is in recruitment. But I believe you have to be more of a social worker in this role. It’s not just about finding jobs; it’s about addressing the issues that stop people accessing employment. Often I’m dealing with as many personal issues as I am helping with job applications.

It’s not all work and no play. We’ve had a really successful football team on the go for the last five years. The most eagerly anticipated games are those against JobCentre staff.

Sometimes it gets a bit competitive but nothing out of order. It’s all in good spirits.