​After his daughter was knocked down outside her primary school, Jake Arnold took his road safety campaign all the way to Holyrood

It was after my daughter Chloe was knocked down just over two years ago leaving her primary school that I decided to form the campaign group Keep Cars Clear.

Although Chloe has now recovered, her injuries were serious with three broken limbs and a ruptured pancreas. She was hit by a reversing motorist outside her school’s gates – somewhere I think should be a sanctuary of safety for children, not a place of danger.

It led me to believe that schools and local authorities should be doing more to discourage cars – which are essentially deadly weapons – from the immediate vicinity of school entrances and exits.

The school run has become notorious in popular culture – but although it creates huge problems with congestion and safety outside school gates, few attempts to alleviate the problem have been made either by government or campaigners.

Part of the problem is that schools juts aren’t designed to deal with traffic. Chloe was hit by a car reversing in an unofficial drop off area – there were no pavements or crossing points and this is one of the big issues. 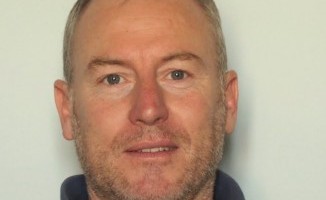 Some schools are getting better; but it’s quite shocking how many new schools are being designed with scant thought or regard to children’s safety.

Basically we are four campaigners in the four corners of Scotland: north, south, east and west. We’ve been building a dossier for over two years on bad practice and what we think can be done to make the school run safer.

The dossier speaks for itself: since mounting our campaign we’ve documented over 100 accidents involving children.

We’ve petitioned the Scottish Parliament and I have had meetings with the transport minister. The Scottish Government is listening but the problem doesn’t just lie in legislation: much of it has to do with awareness, about adjusting people’s habits.

We appeal in person to as many school heads as possible, especially after an accident, to see if they can introduce measures or warnings to parents to park more responsibly or further from the gates. This has a mixed response: it really depends on how well the school is managed. The better ones take our case seriously though I’ll admit sometimes our case falls on deaf ears.

The US has the right idea. Their schools are effectively campuses. Drop off points are inside the school grounds – never outside – and no car can ever overtake a school bus even if it’s stationary. New schools built here should consider the same – it should be part of the planning for all schools in future.

Next year we’ll be recruiting volunteers to go into schools and raise awareness among children about road safety outside the school gates.

We also hope to attend parent and teacher evenings where we’ll set our stall out and make our case to parents.

Most parents probably need to be shocked into being more responsible. They need to understand they are part of the problem but unfortutanly many think it’s all down to others.