Chief encounters: Calum Irving on working under pressure and seeing it pay off

This feature is about 8 years old

​The charity chief dishes his pet peeves in the office, and how coffee and delivering real change gets him through

Do you have a smooth morning routine or is getting out of the house like navigating Sauchiehall Street on a Saturday?
Fairly smooth but just occasionally something small throws it into chaos.

What makes a perfect day?
Feeling like we’ve been useful as a team. Good feedback from the network makes it even better and believe it or not that does happen!

What turns you into the office Victor Meldrew?
A variety of work things which I daren’t write here. Office things: other people leaving dirty plates in the sink so that you have to move them before you can wash your own. Why? Just why?

What was the last thing you did that scared you?
I sold the Big Issue for the Big Sell-Off guest fundraiser. A bit scared at first but it wore off quickly and I ended up getting into trouble for chasing people up and down Sauchiehall Street.

Is lunch a five-minute sandwich at your desk or do you find time for yourself?
Oh dear. Another “opportunity for improvement”. Need to stop being a lunchtime martyr. 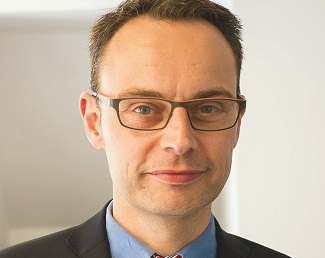 Do you have too many meetings?
Yes (see above).

Would your 16-year-old self be impressed with where you are now?
I’m not sure. Given that I wanted to be an artist it seems unlikely that my shy, nervous 16 year old self would not be surprised (if not impressed) at the things I do in my job.

Should there be a cap on charity chief executive pay?
I find this one difficult because I think there is now too big a gulf in pay in this country. Denmark has a collectively bargained minimum wage of £12 per hour. Raising wages at the lower level reduces this gap more effectively. That said charity trustees should govern their CEO’s pay carefully and ensure value for money.

Why do you work in the third sector?
I love it. It doesn’t always feel like it but now and again you can see how you joined with others to deliver change.

Is this a step on the rung to success or your final destination?
I have no idea. There’s never been a career plan. I’m enjoying VAS (this may surprise people) and despite big challenges I think VAS and our network are doing a cracking good job in pressurised times.