What do you eat for breakfast?
It varies but I try to start each day with a cup of green tea and then I move onto a coffee . This morning it was a bit of wholemeal toast and banana, but if I’m rushing it could be a cereal bar.

What’s the first thing you do when you arrive in the office?
Well I’m an actor so don’t really have an office – if I’m in the theatre then my dressing room becomes a sort of office though. If it’s panto and the first show of the day then it’s a strong coffee, all the lights on and start my make-up! If its telly, I tend to be sat in a trailer and then head straight to make-up. 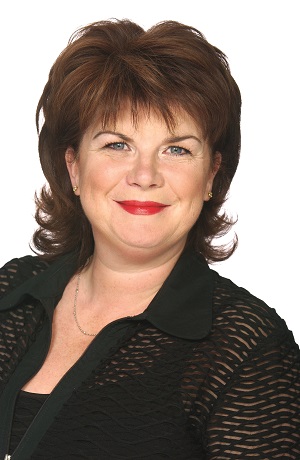 What are you working on just now?
I’ve just finished filming in Leeds for BBC’s The Syndicate and am starting to write a short piece for myself and opera singer Christine Dinwoodie about the way women are portrayed through song. I’ll be doing numerous events running up to the election – I’ve got lots of friends that I made during the Yes campaign who are now standing and I’m on the board of the Common Weal too.

How many hours do you normally work in a day?
It varies, it can be 12 if filming, eight or 10 in a two-show theatre day, eight if rehearsing, four if it’s only one show or a corporate or charity event, or nothing if I’m “rest in”.

What makes a good day at work?
Laughter, creativity and being a valued member of a team.

What do you procrastinate over?
Food. How much, how little, what do I really want to eat, am I hungry, should I eat now or wait, will I have time? Then, oh shit, I’ll just have chips and a fun size Twirl!

What do you value about the voluntary sector?
The people, the work, the ideas, the values, the dedication. Also, the fact that they identify what governments and individuals can’t do or won’t do and fill those areas with help and expertise that can actually change the way society perceives things.

What was the last thing you did that scared you?
Jim Murphy! No, I’m being facetious but there is a bit of truth in that. Say anything, do anything politics scares me! But really, really scary was watching my daughter deliver our grandchild.

What’s the worst job you’ve ever done?
Teaching was probably the most exhausting and draining, and I’ve done jobs and tours that I haven’t enjoyed because of the personnel or the play! But I suppose the worst job was working as a waitress in a Highland hotel with hellish shifts, hellish living conditions and hellish bosses.

Would your 16-year-old self be impressed with where you are now?
I'm not sure my 16-year-old self would or could even imagine my life now....an independent, career woman, politically minded actor, entertainer, wife, mother, grandmother in a home I love and driving around the country!I imagined being Doris Day or married to Marc Bolan or maybe a career as a teacher but never this. I had a fantasy imagined life but I was at primary school when women in Scotland couldn't have their own chequebooks or buy property, where women had to be married and didn't have careers - I was in a macho, industrialised, sectarian world - so those dreams of mine were a fantasy drummed up by Hollywood and London. I suppose I became the Doris Day of Govan and my hubby is my very own Marc Bolan - I've had a wonderful, hard, lucky, sad, happy, successful and hellish at times life...but its been mine. I couldn't have imagined this dream.

Brian Denis Cox or Brian Edward Cox? ​
Brian Denis of course...cos I know and like him and he’d tell me off if I said otherwise!