Chief encounters: Florence Burke of Carers Trust on why size isn’t everything 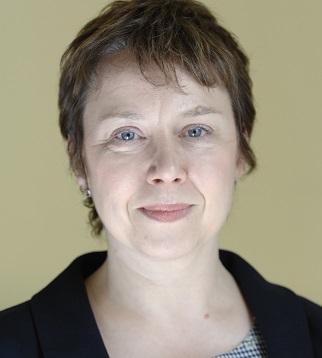 What time do you wake up?
Earlier than I get up.

What is your morning routine?
Chase others in the household (and myself) out the door.

Why do you work in the third sector?
Because I believe it makes a difference.

What are you working on just now?
​We’ve some exciting initiatives underway working with a range of partners to reach and engage carers and we’re pulling together the evidence from these. As well as these practical approaches it is also an important time for our policy work making sure that the proposed carers legislation addresses carers’ needs and is produced with them, not just for them.

Size isn’t everything – all charities are capable of so much if they remember what they’re there to do.

What do you procrastinate over?
Completing questionnaires like this.

Is this a step on the rung to success or your final destination?
It's not a rung, it's more of a roundabout.

Is it better to work for a big charity or a small charity?
Size isn’t everything – all charities are capable of so much if they remember what they’re there to do.

Are boards the strength of the third sector or a thorn in its side?
Boards should be the strategic sense-checkers for senior staff. A good working relationship and mutual respect between them and the staff team makes for a powerful combination.

Should organisations working in similar fields merge together?
Carers Trust was formed two years ago from the merger of The Princess Royal Trust for Carers and Crossroads (England and Wales). What was at the heart of the merger was shared values and vision rather than just that we worked in a similar field. We’ve seen the benefits of this in terms of our reach and support to carers of all ages.

Should there be a cap on charity chief executive pay?
No – like any organisation it should reflect the complexity of the risks and responsibilities required of the role and the turnover of the organisation.

Have you got thoughts on what you will do when you retire?
Finally decorate the house.

What advice would you give to your 18-year-old self?
Don’t bother decorating the house.

Describe yourself as a drink…
Tequila sunrise – the darkest time is always before the dawn!