This feature is over 7 years old
27th August 2014
by Robert Armour
Read next
Stitched up: fury as Tory toff tells charities to ‘stick to their knitting’
4th September 2014 by Graham Martin

It all started on Christmas 2006 when Jo, my youngest child, full of Xmas excitement, tripped and head-butted a door handle.

It ended up more serious than first thought: she’d actually cracked her skull so spent not only Christmas day but the next two weeks in Edinburgh sick kids hospital.

It opened my eyes as to how many children spend time in hospital and how bored many of them become.

So myself and three friends got together and arranged for a local theatre company in Lothian to put on a 'flash' Jack and the Beanstalk pantomime lasting five minutes with three characters and 20 scene changes. 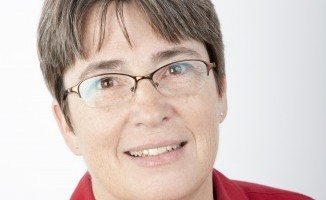 While knitting is old fashioned in lots of people’s minds, it's on the comeback

We still run our pantomimes at Christmas but as we already had a knitting bee one of us suggested knitting hats and mits for premature children.

This has become the mainstay of what we do now – knitting items for children across Scotland’s children’s hospitals and wards.

Knitting for premature children is like knitting items of clothing for dolls – they’re tiny and require quite a bit of skill.

While knitting is old fashioned in lots of people’s minds, it is on the comeback. It used to be the preserve of your gran and the older generation. But now many colleges hold evening classes on knitting and crotchet and its popularity has never been higher.

Recently we’ve started knitting clothes for the children in Gaza. We send them via the British Red Cross.

Before now we never had a name for our group. So Knitting for Freedom was suggested and it stuck.

We actually can’t make enough items. It’s warm in the region just now but come winter it can get really cold. That’s the fear – that this conflict will last and that people will be cut off without food and clothing. And, as ever, it’s the children who get it the worst.

They say war doesn’t discriminate but it does if you are young and dependent on others.

We’ve also started teaching children how to knit. A couple of us do a few hours each month in the wards. They love it – it’s more about fun to be honest. Kids just like being involved.

0 0
A.Fisher
over 7 years ago
Useful article which I wanted to pass on to some knitters I know, but no contact details, an opportunity lost.