When Graeme Allison from Kilsyth discovered he had multiple sclerosis (MS) two and a half years ago, he was devastated and fearful of what his future would be.

As a 38-year-old business development manager, who had worked for charity Family Action in Rogerfield and Easterhouse for 13 years, he knew how unpredictable and stressful roles in the third sector could be. He was genuinely worried about how long it would be before funding ran out and he found himself out of a job and struggling to find a new one.

“It was a real shock to the system. It started when I had difficulties having word recall, struggled to walk sometimes – and I was getting tired and suffering from depression. 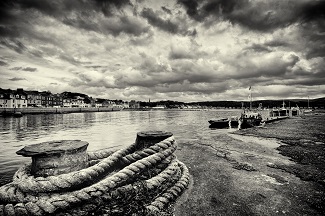 For me, taking photographs is an art, an escape from everyday life. You just disappear into your own world.

“I would get dizzy a lot, and at first the doctor thought I had an inner ear balance problem, but after getting an MRI scan, we discovered that I had MS.”

As a husband to Paula and father to Scarlet (5) and Amelie (2), pictured right, Graeme knew he would have to take action to ensure he could keep working despite his illness.

Having found solace in a deep-rooted passion for photography in his spare time, Graeme decided to start his own professional photography business in 2012.

He also realised that there would be other people out there in the same position as him, who needed work they could do with a disability. With his background in the third sector, he felt inspired to support other disadvantaged people and help them launch their career by offering training and employment.

With support from Senscot, Social Firms Scotland and the Glasgow Social Enterprise Network, he is now set to launch Photobility – and is plunging thousands of his own savings into developing the business.

He said: “For me, taking photographs is an art, an escape from everyday life. You just disappear into your own world. You can just lose yourself in the process of it, and showing the clients the finished results is always so rewarding.

“I wanted to share that joy with other people who, like me, need flexible hours and a job which they can do in difficult periods, and which could also bring them confidence and get them meeting people in the real world,” he added, smiling.

I would really like to close the employment gap for the disabled community. It hasn’t changed too much in the past five years

“When I had bad phases of MS at first, I shut myself away from the outside world. I want to get people out of the house, making contacts and playing a proactive role in making Photobility a successful business.”

One in five people in Scotland have a disability and government figures suggest a staggering 380,000 of them are out of work.

Though the employment rate has gradually risen to 45% over the years, a survey found that around 42% of those believe an employer’s attitudes have prevented them from being hired.

Graeme is luckier than many people with MS as he works and leads a normal life with few visible symptoms, but according to the MS Society, only a quarter of sufferers of working age in the UK have a job – and they miss an average of 18 years of work in their lifetime.

“I would really like to close the employment gap for the disabled community. It hasn’t changed too much in the past five years,” says Graeme.

“There are roles for people of all abilities, but businesses must really work to adapt themselves so they can benefit from their talent.

He added: “There are so many people with disabilities out of work that really, really want to work. They just don’t get the opportunity.” 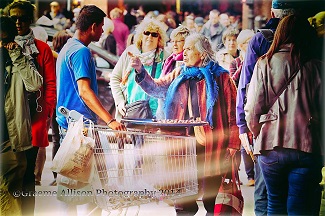 Graeme hopes that his business can provide photography services at a discounted price for social enterprises and charities, helping to foster strong relationships between firms in the industry and creating a resourcing community of third sector talent that share mutual goals.

“When businesses choose our service because we have a social purpose they’ll get to tick the box for corporate social responsibility. They will know that they are making a difference, breaking stigma and challenging perceptions of disabilities in business.”

To make his dream a reality, he is currently applying for funding for the business through social funding group Firstport. As he is investing around £10,000 of his own money into his venture, he estimates he will need an extra £20,000 to put his idea in motion in the next three years.

Graeme knows that it’s a risk, with one in three start-up businesses failing in the first six months, but with a motivation that is about so much more than profit, Graeme is determined that Photobility will be a success.

Giving some words of advice to social entrepreneurs, he said: “You’ve got to be totally behind it, because it’s going to be hard. I’m working fulltime and developing this at evenings and weekends without any employees.

“My wife has been such a positive influence throughout this time, but she has obvious concerns about our house and mortgage.”

He added: “Starting up any firm is a risk, but if you have a social purpose, however small, it can be really worth it.”