As a tireless campaigner for disabled people, Donald Stirling was an inspiration to all who knew him.

Tributes have been paid to Donald Stirling MBE, a disability rights campaigner who has died aged 60.

As well as holding a seat on Enable Scotland's Scottish Council, he helped to set up the organisation’s ACE group – a national network entirely comprising adults who have learning disabilities and was chair of the network for a decade.

Donald also became a trustee of Inclusion Europe and travelled the world, speaking up for people who have a learning disability. 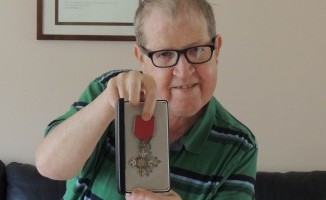 He was a genuine inspiration to many of us, teaching us how to grasp life with both hands - Peter Scott

Despite having a learning disability, epilepsy and spending much of his early life in hospital, Donald was determined not to let it break him.

After 15 years in Craig Phadrig Hospital in Inverness, an assessment by Dr Ted Becker concluded Donald’s detention within the unit was wholly inappropriate and he was discharged. He is documented as saying: “That man saved my life. I punched the air and said: Yes!”

Donald was offered a job with local firm, Haven, where he worked for 30 years. His move to supported accommodation afforded him more freedom of movement, the ability to manage his own finances and the opportunity to form many friendships.

“He was a genuine inspiration to many of us, teaching us how to grasp life with both hands. Despite years of life in an institution, Donald moved on to live a life filled with love and friendship.

“He never stopped doing what he could to ensure other people who have learning disabilities could have this kind of life as well. We are grateful that we had the opportunity to spend time with Donald this year, and that he was able to help us celebrate our 60th anniversary amongst friends, old and new. We will miss him immensely.

His outstanding achievements – which earned him the MBE in 2009 – inspired many disabled people around him.

In his own words, those people deserve the same chances in life as everyone else.