Providing advice where it’s needed most

Gail Prentice, volunteer for the Royston Family Advice Clinic, offers financial advice to those who need it most - families on low incomes as well as to refugees and asylum seekers

For the last five years, I’ve been giving advice to people on low incomes on how best to budget as well as providing advice on benefits and how to access them.

Dealing with people’s financial problems makes you think the world is in financial meltdown. It’s not but as we head towards the referendum, it feels a bit like a powder keg and that people are desperate for a fairer system.

However I’m not sure if any new system of government will improve the current situation although I can’t envisage it getting any worse.

There’s a small team of us and I mostly deal with asylum seekers and their families. It’s bad enough for Scots on low incomes – they face some of the most draconian changes to the welfare system in memory. But for refugees it’s even worse. 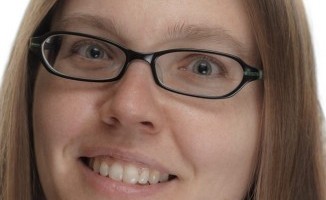 Excluded from benefits, paid work, even the NHS as we know it, their lives are very bleak. They face a double bind in that they encounter hugely unfair immigration laws only to get further whacked by a benefits’ system that’s not fit for anyone’s purpose. If it wasn’t for food banks and charity in general they’d starve. It’s a scandal.

Families also have it hard. One of the biggest problems I encounter is many aren’t very good at managing money. Because they have very little they think budgeting is pointless. On the contrary, it’s actually even more important. Knowing what comes in and what goes out, where and when, means you’re less likely to fall into debt.

The worst part is families on low incomes are being exploited by payday lenders and rent-to-buy retailers where they 'lease' goods for what appears a low price but in effect they are hundreds if not thousands of pounds dearer in the long run. Just when we got rid of the spectre of loan sharks, a legal version arrives on the high street. And there’s little we can do about it.

I spend a lot of time advising on fuel bills too. Energy inefficiency is a big problem and there’s no easy solution. People are literally losing hundreds of pounds a year of cash they can ill afford because their homes are so energy inefficient.

Dealing with so much hardship does occasionally get to me. But I always think that I’m doing something worthwhile and if I’m able to help people get on a bit better in their situation then it’s worth it.

Just a little investment in our infrastructure could make life a whole lot more tolerable for those on low incomes. Making homes more energy efficient, creating a benefits’ system that doesn’t treat people as scroungers wouldn’t cost that much in the long term and they would assure a happier, healthier society.