Putting women in the spotlight

A day of celebration and creativity is planned for Saturday 8 March with women across the world promoting equality. We take a look at what's going on in Scotland.

Naim Reeves doesn’t describe herself as a feminist. Instead she sees herself as promoting equality wherever inequality exists.

As such the 35-year-old environmental officer sees International Women’s Day (IWD) as an opportunity to celebrate all that’s good about equality, and an opportunity to recognise the landmarks achieved by women over the years.

She’s running a series of events where women will read seminal texts by women stretching back to the 1700s in Dumfries Library.

Reeves will follow it up on Sunday by asking 200 women to read one sentence from a book they hold dearest to them.

It’s her first foray running an event to mark the day and is just one of dozens across Scotland.

“The upturn is that I’ve actually engaged with literally dozens of people who are like-minded and want to promote equality in meaningful ways,” she said.

“I think that’s the essence of the day – getting women to be creative about issues they feel passionate about, raising awareness and, hopefully, tackling those issues.” 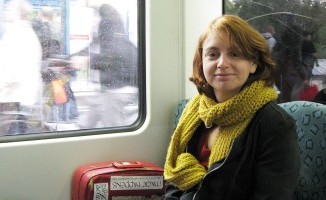 That’s the essence of the day: getting women to be creative about issues they feel passionate about - Naim Reeves

The official United Nations theme for International Women’s Day 2014 is “equality for women is progress for all.”

Celebrated by women’s rights activists across the world annually, IWD has been marked by the UN since 1975.

This year, the UN will commemorate the day on 7 March at its headquarters in New York, which will be webcast at webtv.un.org.

IWD is traditionally marked with a message from the UN Secretary-General as well as with statements and events from across UN countries, however the day is not a well-known event in Scotland or the UK.

Partly, this is down to the fact that the organisation of events is largely done by local groups and individuals.

Social media plays a big role in publicising these events but in terms of co-ordination it’s all a bit ad-hoc.

For Claire Streatham, who is planning a female jamboree in Inverness to raise awareness of the day, that is all part of IWD’s attraction – the fact that thousands of local people and groups come together across the world under the same united cause.

“It’s not about slick marketing and advertising,” she says. “It’s about being creative but also about showing how the comradeship of women across the world is still very strong.”

This is especially true when it comes to women who are oppressed in developing countries and in places where they do not enjoy the same rights as the west Streatham says.

“It’s a show of support and of strength but let’s not forget it’s also a day to celebrate women’s achievements over the years,” she added.

Of course with equality at its heart, men are welcome too.

Claire’s partner Paul has enlisted the help of his local rugby club to raise cash from the event. They’ll use the money to support a project in Malawi helping educate girls who live in rural areas and can’t easily go to school.

“It’s about women but that’s not to say we can’t get involved in other ways,” he says. “This year’s theme is that equality for women is progress for all. Basically that means by working towards a common goal of female equality we’ll all be winners and that’s the kind of society I want to live in.”