The story behind foodbank use

Luxury or necessity? Robert Armour talks to Scottish people about why they have turned to foodbanks

I’m no stranger to foodbanks,” says Cassio Malaki, who as a Sudanese refugee living in Glasgow, has been relying on handouts since 2006 just to survive.

Malaki’s been using them so long he’s gained quite a few friends. He doesn’t like the fact he has to rely on charity, but for him it’s reality and, until he finds work, he’s thankful for the lifeline they have given him.

Having spent so many years using foodbanks, he decided to put his experience to good use and has now, with his friend Manfred, started his own. They’ve got eight volunteers delivering food to people in Glasgow’s Sighthill, who are mostly asylum seekers struggling to cope with the draconian government sanctions placed on them.

You get over the embarrassment but not the stigma. Relying on charity isn’t what you want to be telling people. It’s bad enough saying I don’t work

Food is just the tip of the iceberg for the refugee and asylum seeker families that Malaki supports.

“You see families who are very needy, not just for food,” he explains. “They can’t afford clothes, to pay their bills and other essentials. Many live without electricity in their meter for days, weeks.

“So by the time they ask us for help then they are often desperate.”

The profile of foodbanks has grown phenomenonally over the last five years. Seldom are welfare cuts mentioned without reference to foodbanks and the growing number of people relying on them.

The number of foodbanks run by the Trussell Trust in Scotland has soared tenfold in two years, from four in 2012 to 40 last year, with five more on the way.

Foodbanks have captured the imagination of the national press in a way that other experiences of poverty have not. Their use is easily counted and easily communicated. Poverty statistics are abstract but food parcels are evocative of aid efforts in developing countries and show how bleak life has become for poor families.

And while the government can’t deny their growth, they do question whether they are needed or whether the public are just taking advantage of a generous service.

Department for Work and Pensions minister Lord Freud caused a media furore earlier this year, when he said that people visit foodbanks simply because they offer free food.

This has now become the government line, backed up by an official in front of Scottish Parliament MSPs just last week.

“If I didn’t have children it would be different but this is about them. I have a responsibility to support them and I’ll do that by whatever means possible" - Jennifer Storm

People who use foodbanks, however, are telling charities a very different story.

Speaking to TFN this week, Peter Killock said he is embarrassed to rely on foodbanks. He gets food delivered about once a fortnight by his local church in Edinburgh’s Pilton area. It’s mostly tinned or dried foods like pasta with the occasional sauce.

Killock, who left Lothian Buses after 20 years’ service due to ill health, said there’s no question he needs foodbanks. Otherwise some other essential would have to give, such as heating or electricity.

“It’s not anything other than essentials you get,” he says. “Perishables like meat and vegetables aren’t available. But it all helps.”

He had his income reduced after being taken off incapacity benefit and put on employment support allowance. He says he’s now £100 a month worse off – a quarter of his monthly income.

It was the Jobcente that referred him to a foodbank at first. “I knew nothing about them,” he said. “Initially I dismissed going but after a few weeks I gave it a go. It’s not a lifeline, but it is a considerable help.

“You get over the embarrassment but not the stigma. Relying on charity isn’t what you want to be telling people. It’s bad enough saying I don’t work.”

Single mother of two Jennifer Storm became unemployed just over 18 months ago. She worked as a cleaning supervisor for a company contracted to the NHS and had been in steady employment most of her life. She began to panic when her bills became more than her income and now her local foodbank in Dundee has become a lifeline.

“I hate having to rely on others to support me but it’s the old saying that, if needed, I’m not too proud to beg,” she says. “If I didn’t have children it would be different but this is about them. I have a responsibility to support them and I’ll do that by whatever means possible. Even if I have to go without.”

Storm believes it’s a nonsense that people could be abusing the foodbank system by getting handouts for free.

“Good luck to them,” she says. “Like anything to do with charity it is based on trust but the people I see at foodbanks don’t look like they are living the high life.”

What's in a food parcel? 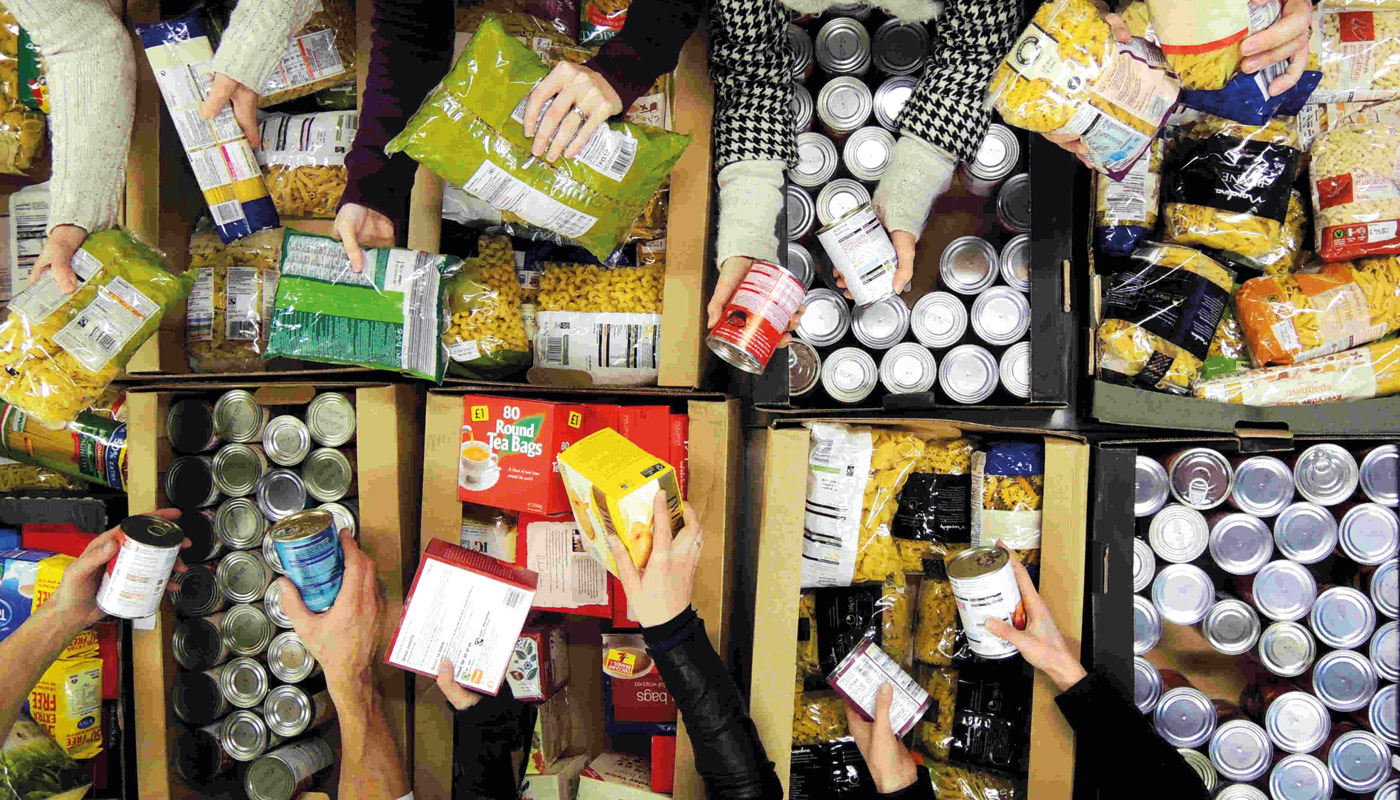 Dietary requirements can also be catered for (e.g. vegetarian, diabetic) and each parcel takes account of the number of adults and children in the family.

Individual foodbanks do cater for individual need but as they have grown in popularity they are less able to tailor parcel contents for everyone.

“We try our best,” says Sarah Frame, lead volunteer at St Mary’s Church foodbank in Aberdeen. “There’s no point giving people food they can’t eat. But parcels are often pre-packed so sometimes there is little choice.”

Local shops encourage customers to make donations to foodbanks while churches have also become an increasingly welcome source of donations.

“We’re not strict what we take” says Frame. “All tinned food is welcome as is pasta and packet foods such as soup. These are staples that, even without fresh food, people can get by on.”