£100m for the citizens of Glasgow to spend how they chose

People in Glasgow could get access to £100m of funding to spend on services and projects that they chose, a local councillor has said.

Susan Aitken, leader of the SNP group in the city, said that if the party wins the majority of seats in next year’s local authority elections it will introduce a major participatory budgeting (PB) programme. The move, which will see £1m a year devolved to each of the city’s 21 wards, will make Glasgow a UK leader in the transformation of local public spending.

The cash, which amounts to 1% of the city’s budget, could be spent on services such as youth groups, lunch clubs for older people, parks and infrastructure projects. The move would also see the majority of planning and licensing decisions devolved to local areas.

The plan is based on a now famous Brazilian model of PB, which has seen the people of the city Porto Alegre vote on how to spend £700m over the last 20 years. The programme has been hailed as life-changing, improving quality of life for Porto Alegre’s citizens. 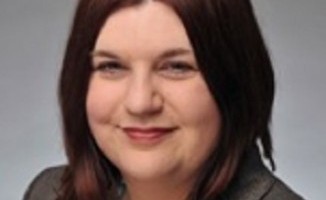 This is not about abdicating our responsibilities as elected members and service providers, and it won’t insulate Glasgow or any other local authority from tough spending decisions

In an opinion piece in the Herald, explaining her plan, Aitken said: “Why shouldn’t our city aspire to a Glaswegian version of radical local decision making? This is not about abdicating our responsibilities as elected members and service providers, and it won’t insulate Glasgow or any other local authority from tough spending decisions.

“But those tough decisions make it even more important that the council works with individuals and communities to understand their needs.”

Aitken cited evidence gathered from the Glasgow Centre for Population Health (GCPH), which highlights that people feel physical and psychological stress when they believe they have little power to shape their destinies.

“The days of top-down decision making should be over,” she said. “It won’t be a magic bullet but, with the right local structures in place and the right support behind them, communities working in partnership with councillors and council officers will make informed decisions confidently.”

PB has grown in popularity across the UK in recent years, with pilots such as one in the Govanhill area of Glasgow in 2010 creating innovative, locally tailored services that continue to exist today.

Last year, Dr Oliver Escobar, of the University of Edinburgh, co-authored a report into PB in Scotland so far with GCPH.

He said the Glasgow plan would put the city alongside world-leaders in this area.

“Glasgow’s communities can benefit greatly from an ambitious PB programme, particularly if it is developed with a focus on tackling inequalities,” he said. “If this proposal comes to fruition, Glasgow will join a number of leading cities like Paris and New York that are currently adapting the original Brazilian PB model to make a difference in local communities.

“For all the talk about community empowerment in Scotland, there is a long way to go to develop a more participative form of democracy. This policy proposal seems a bold statement towards walking the talk.”

"Up until now participatory budgeting in Scotland has mainly been small scale and used as a way to open up local decision making on grant funds to community organisations.

"Glasgow’s plans to allocate 1% of its council budget through PB are ambitious and welcome. Local people have the most stake in how public funds are spent, and the most to lose if they are not applied where they can have most effect – especially in a time of austerity. Learning from other countries using PB as a way to allocate mainstream funds shows that local citizens know best what is needed in their areas and how services should be delivered, and that their involvement in making decisions on public spend leads to better outcomes all round."