Charities welcome announcement by First Minister, who says the failings in the system for looked after children breaks her heart

Scotland's First Minister announce a reform of the system that is currently failing looked-after children.

First Minister Nicola Sturgeon pledged a “root and branch” review during a speech at the SNP annual conference saying she he had met many young people with experience of the care and been moved deeply by their stories.

Although much of the detail is yet to be disclosed, Sturgeon said the review will look at “underpinning legislation, practices, culture and ethos” and would try to create a system that supports the more than 15,000 looked after young people in Scotland, rather than hinder them from achieving.

The review, she added, would be “driven by people who have experience of care” and examine how Scotland treats its looked after children.

The announcement was warmly supported by charities working with young people in care, who said it could save lives.

Duncan Dunlop, chief executive of Who Cares? Scotland said it would be a global first to involve people with care experience in the review and subsequent redesign of the system. He has challenged the First Minister to meet with 1,000 young people over the next two years. 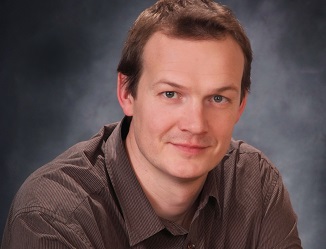 Care experienced people will now be integral in the design of a system that will give them a much better chance to not just survive, but thrive

“This review has the mandate to literally save lives,” he said.

“Care experienced people will now be integral in the design of a system that will give them a much better chance to not just survive, but thrive.

“Young people can now imagine a care system where brothers and sisters are expected to live together. A system where all carers are encouraged to us the word love around children they dedicate their lives to caring for.

“And unlike the decades that have preceded us, they can imagine a country where people are not ashamed to say that they have been in care and are not embarrassed to own that identity. This is the care system that our members hope to see.”

During her speech, at the Scottish Exhibition and Conference Center in Glasgow on Saturday, Sturgeon said that while staff and foster carers do amazing jobs and real progress is being made, she couldn’t ignore the problems in the system.

“Only 6% (of care experienced people) go to university,” she said.

“Nearly half will suffer mental health issues. Half of the adult prison population are people who lived in care when they were growing up.

“This simply has to change. And I am determined that it will change.”

The Scottish Children’s Services Coalition, which includes half a dozen charities which work with young people, said it wanted to extend its gratitude to Sturgeon for announcing the review.

“For too many care experienced children and young people the prospects are not good,” a spokesperson said.

“No nation has previously undertaken such a review, which gives us the potential to deliver a system in which these children and young people feel that they have some control, rather than one where things are done to them.

“These vulnerable children and young people deserve to be loved, to be given the childhood they deserve.”

Meanwhile, Children in Scotland, has welcomed the first minister once again recognising the work of the independent Commission for Childcare Reform, which last year called for childcare funding to be simplified and parents to be given more flexibility in choosing and paying for the childcare which best suits them.

In the same speech, Sturgeon said the amount of state funded early years education and childcare for all three and four year olds would be doubled as part of a “childcare revolution”.

Announcing a consultation, she further proposed parents be allowed to choose a nursery or childminder that best suits their needs and then ask their local authority to fund it or choose to be able to opt to receive childcare funding into a childcare account and then use it to purchase a suitable place directly.

Jackie Brock, chief executive of Children in Scotland, said what was announced will be a significant step forward and said it would work with its members to provide a response to the consultation.

“At this stage, we are clear that the funding of childcare must be thoroughly reviewed and have a commitment from all parties, including the UK government, to provide visibility of the available funds and help reduce the funding complexity for all parties,” she said.

“Without this, a child account would only be benefiting those parents who live in areas where there is existing childcare that meets their needs. This is not the case for the majority of poor families, or those living in remote areas, for example, for whom there is no suitable and available childcare.”