A world to win: after #GE15, how charities can transform society

In a live general election analysis debate hosted by TFN, civil society chiefs said there was much common ground for their organisations to work on.

They said working together across the sector will be key to achieving common goals in the months and years ahead.

Taking part in the discussion were Ruchir Shah from the Scottish Council for Voluntary Organisations, Gillian Wilson, chief executive of the Network of International Development Organisations in Scotland (NIDOS), Ewan Aitken from Edinburgh Cyrenians and Andy Myles from Scottish Environment Link.

In a wide ranging discussion, all agreed that, in face of an unexpected outright Tory victory in the election, civil society must come together to achieve common goals. 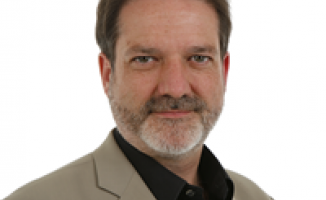 We have a powerful agenda that could, perhaps, transcend party politics and be led by civic Scotland

Aitken said: “We have a powerful agenda that could, perhaps, transcend party politics and be led by civic Scotland – which is interestingly a legacy of the indyref that has been lost a little by last night’s results which focuses again on what politicians will do for the people rather than what the people will do about politics.”

Wilson said that one area where civil society could unite is in pursuance of the United Nations’ (UN) Sustainable Development Goals (SDGs).

These are a series of wide-ranging outcomes all UN states are committed to achieving and are aimed at eradicating poverty and improving the lives of the poorest.

Wilson said: “Westminster will need to start thinking about tackling poverty domestically in light of the Sustainable Development Goals… the new SDGs are universal, they will apply in every country of the world including the UK / Scotland – we will also have targets for tackling poverty, reducing consumption, tackling inequality, preserving our natural resources.”

The pursuance of these, she argued, is something that can unite charities and NGOs, adding: “We as a civil society sector need to keep our eyes on the important issues and work with whoever we can in power and out of it to keep these on the agenda and secure change.

“We are hoping to raise awareness of SDGs in Scotland – so any way we can collaborate on this will be welcome. We are going to be working with the Poverty Alliance who are keen to see how the SDGs can help ensure that their members' calls for tackling poverty can be strengthened.”

Shah, from SCVO, said that SDGs, and events like the forthcoming Paris climate conference in November are areas where work can be connected – and internationalised.

He said: “Scotland and indeed most parts of the UK have become quite inward focused over the last few years since the financial crisis. The SDGs and Paris climate accords offer a real opportunity for us to reconnect our agendas with developments in other parts of the world, particularly the global south. Civil society could play a strong role here, showing politicians and others the bigger picture.”

Myles, from Environment Link, said: We are discussing how we better connect with the social justice agenda - and the SDGs may be a powerful tool. Our view is that sustainability is at the heart of the agenda and that at present the parties still don't see it [they’re] still too wedded to the economic orthodoxy.”

The debate ranged freely, touching on electoral reform, the state of the union and the possibility of another referendum.