Agency fundraisers had been drinking and drug taking

Fundraisers employed by a Bristol-based fundraising agency working for major charities were under the influence of alcohol and drugs while working and were derogatory to the public.

In its first major ruling, the UK's Fundraising Regulator has found the now defunct Neet Feet agency broke the code of fundraising practice repeatedly by also accepted donations from vulnerable people, allowing fundraisers to be unreasonably persistent and misleading in pressuring donors, and not employing best efforts to ensure donors were over the age of 18.

The regulator, who has published the findings of an investigation into the agency today, also found seven charities who engaged Neet Feet also breached the code. 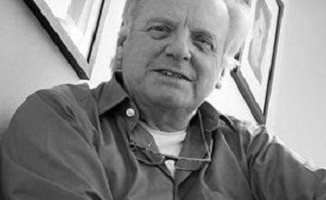 Fundraisers deliberately intimidated, misled and targeted the vulnerable. Actions like this sully fundraising and damage the reputation of the entire sector - Lord Grade of Yarmouth

The investigation followed allegations made against Neet Feet on 10 July 2016 by The Sun newspaper. As part of the decision, the Fundraising Regulator reviewed six hours of video footage compiled by The Sun.

It found that Neet Feet breached six sections of the code. The charities Action for Children, Home Farm Trust, Royal National Institute for the Blind, Save the Children, Smile Train, Unicef and World Animal Protection also breached the code because they did not employ reasonable effort to ensure Neet Feet was complying with it.

The Children's Trust also contracted with Neet Feet, however the regulator was satisfied it has made all reasonable efforts to ensure Neet Feet adhered to the code.

The decision concluded that charities seemed to be disproportionately focused on how much money was raised rather than how it was raised. It says that more attention could, and should, have been paid to the experience of the donor.

The regulator has made recommendations directly to the charities involved. It has asked that the chief executives of these charities update the regulator within three months to confirm the action taken.

Lord Grade of Yarmouth, chair of the Fundraising Regulator, said: "The practices undertaken by Neet Feet fell far short of the ethical and respectful standards we expect. Fundraisers deliberately intimidated, misled and targeted the vulnerable. Actions like this sully fundraising and damage the reputation of the entire sector.

"Seven of the eight charities that engaged Neet Feet should have done more to specify contractual obligations and monitor compliance. While we recognise that charities are under financial pressure, the donor experience must always come first. If donors are treated badly, beneficiaries will suffer."