All change at National Trust for Scotland

Conservation charity the National Trust for Scotland (NTS) is looking for a new chief executive.

Kate Mavor, who joined the trust in 2009, has announced she will become English Heritage chief executive in May.

Mavor’s move comes just after Sir Kenneth Calman announced in December that he is to retire this year following five years as chairman.

He too will leave in May, with Sir Moir Lockhead, the former chief executive of transport operator First Group, replacing him.

National Trust for Scotland’s deputy chairman, Jill Carrick, described Mavor and Sir Kenneth as a “formidable team” which helped to rescue NTS from one of the most difficult periods in its 82-year history 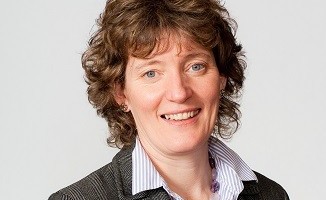 Between them, they steered the trust through far-reaching modernisation and reform and re-built the charity’s finances away from the point where our reserves were at a dangerously low level - Jill Carrick

She said: “Between them, they steered the trust through far-reaching modernisation and reform and re-built the charity’s finances away from the point where our reserves were at a dangerously low level.

“I know from talking to members, volunteers and peers in the heritage sector that Ken and Kate between them have managed to restore confidence and respect for the National Trust for Scotland and have established firm foundations for our future sustainability, credibility and growth.”

The trust's nominations committee will begin the search for a new chief executive with immediate effect and if necessary, will appoint someone in an interim capacity if Mavor’s successor has not been chosen or is unable to take up the post by the time of her departure.

Meanwhile, NTS has denied a national media report of Mavor's departure which claimed it is considering a “downsizing of its 80-strong portfolio of flagship attractions” in order to cut costs.

Pete Selman, director of strategic development at NTS, said the trust is in the "strongest possible position".

He added: “Our last annual report showed that we have rebuilt our property reserve (General Income Fund) to the target of £21 million and that membership has grown to well over 320,000.

"There is no dispute that we have to adapt to evolving social, economic and political trends. This may mean changing our property portfolio to reflect more recent eras and interests, and perhaps introducing different ways of managing our shared heritage.

"These enormous challenges are not unique to us and confront many other organisations. We are confident that we have put our own house in order and are ready to play our part within the heritage sector as we collectively strive to overcome them."