This news post is over 5 years old
18th May 2016
by Paul Cardwell
Read next
Constance tells MSPs: I will strive for social justice
3rd June 2016 by Robert Armour

Angela Constance has been appointed the minister responsible for the third sector after being named cabinet secretary for communities, social security and equalities by First Minister Nicola Sturgeon.

As well as being responsible for the third sector, Constance’s role will see her tasked with overseeing the implementation of new welfare powers being devolved to Scotland.

She will also cover community empowerment, human rights, housing, social security, poverty and disabilities among others in the title's wide ranging portfolio.

Following the announcement, Constance, who was elected in the Almond Valley constituency in West Lothian, said she was “looking forward” to her new role. 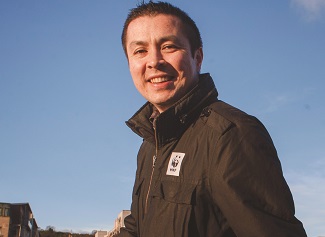 Her appointment as third sector minister has been welcomed by the umbrella body for voluntary groups in Scotland, the Scottish Council for Voluntary Organisations (SCVO).

“This post, covering as it does some of Scotland’s new powers as well as the third sector and many social justice issues, will be an interesting and wide-reaching brief.

“Scotland’s third sector looks forward to working with Angela in the coming months and years to ensure a fairer Scotland for everyone.”

On leaving the cabinet, Alex Neil said it had been “a privilege to serve in the Scottish Government”, adding he was “proud to have helped make Scotland a better place.”

In an email to Sturgeon, Neil said: “I believe we have laid the basis for an ambitious programme of reform for the next five years, especially in relation to housing, planning and social security policy.”

The first minister praised Neil, saying he had served with “distinction”, leaving “a rich and enduring legacy of achievements across the policy portfolios” he had been responsible for.

In a letter to him, she said: “In your cabinet and ministerial roles, you have driven forward the Scottish Government’s commitments to tackle inequalities and improving the delivery of health care services in Scotland.

“Of particular note was your successful leadership of the equal marriage bill through the Scottish Parliament and the step change you led in social housing provision.

“Your valuable work on inequalities, housing, planning and social security had laid the foundation for future ambitious reform in how the Scottish Government delivers these portfolios in the future.”

Elsewhere, Sturgeon’s has signalled her intent to make improving Scotland’s education system and improving opportunities for young people the top priority for her government.

Derek Mackay steps into Swinney’s old post after being appointed as cabinet secretary for finance and the constitution.

There is a first ever cabinet secretary for the environment and climate change with Roseanna Cunningham being handed that job.

Keith Brown is taking up the newly created post of cabinet secretary for economy, jobs and fair work.

She added: “The cabinet I have announced today will ensure our priorities of education and the economy are given fresh impetus; our public services are reformed and improved and we are able to respond to challenges such as climate change in the years to come.

“The new Scottish Government team has the right mixture of experience and fresh ideas and maintains the gender balance that I believe is important. It is the best team to take Scotland forward.”

Chief executive Jim Sweeney said: “We look forward to strengthening our relationship with the members of the new SNP cabinet and we congratulate John Swinney on his appointment as education secretary and look forward to working constructively with him towards our shared ambition of equality of opportunity for all our young people.

“We welcome the Scottish Government’s renewed focus on closing the educational attainment gap and youth employment.

“Now more than ever, it is imperative that youth work is an integral part of the SNP’s drive to improve outcomes for young people.”

WWF Scotland said it welcomed the move to appoint Cunningham as the first dedicated cabinet secretary for the environment and climate change.

Director Lang Banks said: “In light of the international call for action created by the Paris agreement, it's really great to see the importance of climate change recognised with a dedicated cabinet secretary for the first time.

“We hope this translates into the introduction of firm new policies that put Scotland on course to realise the many benefits of becoming a zero-carbon economy, and look forward to working with the new cabinet secretary Roseanna Cunningham in this crucial role.”