Animal groups round on Bear Grylls over animal slaughter

Animal charities have accused TV survival expert Bear Grylls of encouraging the killing of animals to boost ratings for his current show.

In his new programme The Island, teams of men and women are left stranded in the tropics and have to fend for themselves.

Channel 4, which makes and broadcasts the show, admitted stocking the uninhabited Pearl Islands in Panama with pigs and crocodiles for the contestants to hunt and kill. 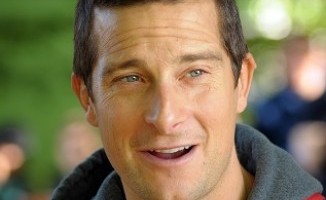 Had this taken place in the UK, the contestants could face charges and, potentially, time in prison

A recent episode showed women creeping up on a sleeping pig and slashing its throat and also killing a piglet.

Male contestants also killed a crocodile – but it was later revealed this wasn’t one of those brought to the island, but a rare wild species.

The letter states: “Had this taken place in the UK, the contestants could face charges and, potentially, time in prison. The producers revealed that the pigs had been shipped to the uninhabited Pearl Islands for the show, expressly so that they could be killed and eaten by contestants.

“Torturing and killing animals is a cruel way to attempt to boost ratings and sends an especially harmful message to your young viewers, who are greatly influenced by what they see on TV. It is this kind of outright disregard for animals that keeps caseworkers inundated with cruelty-to-animals reports year-round.

“We strongly urge you, as chief executive of Channel 4, to ensure that this kind of violence is never aired again by implementing a proper animal-welfare policy. We stand ready to meet with you about this important issue.”

A Channel 4 spokesperson said: “An important part of the experiment was to find out if the men and women were capable of surviving alone and able to find sources of food, including hunting and killing for meat; a vital part of their survival as it is a source of valuable calories and protein,” said the broadcaster.

“All islanders were trained in the humane capture and dispatch of live animals and the animals were killed humanely.”

PETA is also urging the Panamanian authorities to launch prosecutions over the animal deaths.

0 0
Everycat
over 7 years ago
This man constantly bangs on about how he is a Christian. What else do you expect from him?