A new campaign is calling for an end to fees for tracking down absent parents for child maintenance.

The campaign was launched following the publication of new report from the Poverty Alliance that reveals major and multiple barriers facing single parents, usually mums, in accessing maintenance payments from their former partners.

A survey of single parents in Fife carried out for the Bairns Come First report found 29% did not have a child maintenance arrangement and another 20% said their arrangement had broken down. 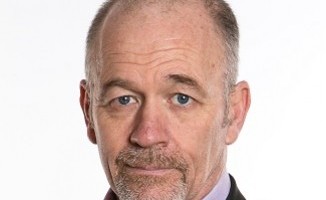 However, the parents said the system that replaced the much criticised Child Support Agency is confusing and difficult to use. It also charges a series of fees that are putting some parents off using it.

“The children have a happy relationship with their dad. I tend to find that he stops contacting them if money is mentioned,” said one mum.

Another said the initial £20 fee to apply for help from the Child Maintenance Service was too expensive as she wasn’t working.

If the service is successful it also charges the parent looking after the children a 4% collection fee, while the absent parent pays a 20% collection fee on top of child maintenance.

“I don’t think it’s fair I have to pay set up and collection fees,” said one mum.

Tam Baillie, the Scottish Commissioner for Children and Young People, spoke at an event to launch the report and the campaign.

He said: “It shows the injustice that many children and families are deprived of child maintenance, contributing to the risk of them living in poverty.

“This aspect of child poverty would be avoidable if we had systems which have the best interests of children at their heart.”

The campaign is being spearheaded by charities Fife Gingerbread and One Parent Families Scotland alongside the Poverty Alliance.

The charities are calling for an end to fees and a simplification of the system to make it easier for single parents to access the money they need for their children.

Rhona Cunningham, strategic manager of Fife Gingerbread, said: “We know from our day-to-day work with families who are experiencing poverty that child maintenance is not even on their radar.

“The present system does very little to support them and the bottom line is their children go without the basics as a result.

“At long last we have credible and tangible evidence that more needs to be done to support parents and their children through what is a very emotional and difficult process for everyone.”