Environmentalists have angrily hit-out at a billionaire industrialist’s plan to offer communities cash to compensate for fracking as a “bribe” from a “dangerous and dirty industry”.

Jim Ratcliffe, owner of petrochemical giant Ineos, wants to widen the practice of fracking across the UK and hopes to do so by offering cash incentives to communities totalling £2.5 billion. 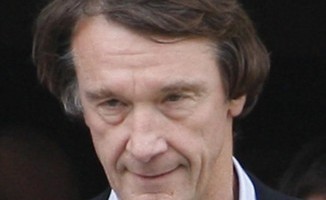 The technique has opened huge stores of previously untappable resources, something which energy companies are keen to exploit.

However green groups vehemently oppose the practice not just because of the cost fossil fuels have on the environment but because they say fracking damages natural habits and eco systems.

Mary Church, Friends of the Earth Scotland’s head of campaigns, said: "This transparent attempt to bribe communities and homeowners to accept fracking in their backyards will be rejected by people who value their health, their community and their local environment.

“Fracking is a dangerous, dirty industry and all the money in the world can’t hide that.”

“Ineos’s offer relates to the production phase which is a good 10-15 years off, if indeed the industry ever gets that far. Even if climate, health and local environmental issues weren’t a factor, it’s far from certain whether there is an economically viable resource at all in Scotland.

“Once again, spin-master Ineos appear to be trying to fuel the shale gas hype at minimal risk to themselves.”

Ratcliffe said there was no reason Britain could not replicate the popularity of fracking that has taken hold in America where it is expected to provide all the country’s natural gas supplies in the near future.

He claims the untapped resource has the potential to dramatically lower household energy prices, as it has in the US.

The announcement comes ahead of the closure of the 14th onshore oil and gas licensing round next month, in which vast swathes of central and southern Scotland are being offered to fracking companies.

Ineos recently bought into Dart Energy’s Forth Valley license for an undisclosed sum.

The UK government also announced last week that it would introduce legislation to remove people's rights to stop, or even be notified about, fracking underneath their homes despite 99% public opposition to the plans.

Church added: “We urge the Scottish Government to use existing powers to prevent the advance of unconventional gas fracking in Scotland.”