Residents and conservation groups are renewing their call for developers to abandon a project which threatens landscapes, business and wildlife

Planning permission for a controversial windfarm development on Rannoch Moor has been delayed for at least six months as a result of a major campaign from environmental organisations.

Campaigners say the scheme to create a vast industrial windfarm on the wild lands of Rannoch should now be abandoned.

They argue that the 24 turbine development would be on wild lands that the Scottish Government says should be protected from windfarms. They also claim it would ruin one of Scotland's most beautiful landscapes, threaten wildlife habitats (including golden eagle and other birds for prey) and damage the tourism economy.

The development also has the potential destroy peatlands which are nature’s storehouses for CO2 and help combat climate change. 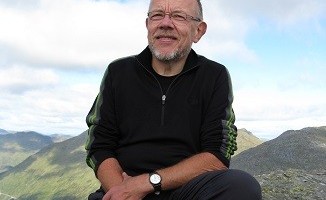 This scheme is fundamentally wrong and nothing can change that

David Gibson, MCofS chief officer, said: “This scheme is fundamentally wrong and nothing can change that. The developers should show respect for Scotland’s people, planning policies, wild lands and wildlife and abandon this harmful proposal now.

“Scotland is succeeding in achieving its renewables targets and this wind farm is unnecessary – there is no reason to sacrifice a huge area of wild land with such outstanding landscape qualities just so the landowners and developers can make huge profits.”

Following a request from the applicants the planning authority, Perth and Kinross Council, has agreed to a six month delay. Amendments will be required by February and the application is to be considered in May.

A total of 958 formal objections were made to the original application by Dutch company Eventus BV, through a wholly-owned UK subsidiary Talladh a Bheithe Wind Farm Ltd, to build 24 turbines, each 125m tall, in this celebrated area of the Scottish Highlands.

The vast turbines would also require the bulldozing of 12.8km of wide access tracks, plus buildings and other infrastructure. The scheme is in an area officially designated by Scottish Natural Heritage (SNH) as Wild Land which Scottish Government planning guidance says should be better protected from development.

KRW has been leading local opposition on behalf of residents and businesses whose landscapes, lifestyles and livelihoods may be at risk.

Douglas Wynn of KRW said: “The powerful campaign against this misguided proposal is clearly having an impact. We are absolutely committed to carrying on our work to protect Rannoch and ensure that it is never blighted with an industrial wind farm.

“The Talladh a Bheithe proposals are extraordinarily poor and attracted a huge number of objections which pointed out many fundamental flaws. Fiddling round the edges will make no difference to a project which a poll showed is opposed by three quarters of residents.

“If the applicants insist on pushing ahead regardless they will find that opposition will simply get stronger. We hope and expect that if the scheme is finally put before planners they will make it clear that it is completely unwelcome and unwanted.”

There is evidence that the wind farm would do grave harm to wildlife, including an estimate by SNH that the turbines will kill a golden eagle every 19 months. Otters, ospreys and other species would also be endangered.

The development would affect views from more than 30 of Scotland’s highest mountains (known as Munros). These include the famous Schiehallion, the Ben Alder massif, mountains above Glen Lyon, the Drumochter Hills and Buachaille Etive Mor. The turbines would also be visible from the iconic West Highland Railway line and the A82 road – the main tourist route through the West Highlands.

The John Muir Trust, has described the scheme as “a knife in the heart of Scotland’s natural beauty”.

Helen McDade, head of policy at the John Muir Trust, said: “The trust believes that this development would be a stab in the heart of Scotland’s wild land. We are pleased to see that the developer has been forced to think again about their submission. However we do not believe it is acceptable that they are given a six month extension to improve their application in the light of massive opposition.

“We would call on them to recognise the deep damage their proposal would cause to this iconic part of Scotland and withdraw their application now.”

0 0
Noel Darlow
almost 8 years ago
We must reduce carbon emissions hard and fast and that means, in Scotland, we need extensive land-based wind developments in the areas with the best average wind speeds, ie uplands and coastal areas.Wind farms have a mixture of effects on wildlife. They can actually be beneficial to some species. They do kill some kinds of birds but they also protect others from predators. As usual we always seem to focus on the "glamorous" species and ignore the others. Up to 90% of the faunal mass in peatlands - a tiny worm called Cognettia Sphagnetorum- won't even notice the turbines.If we draw up a balance sheet of gains and losses, we have to judge this in the context of the threat posed by unmitigated climate change. This is many orders of magnitude greater and global in scale. For example, half of all US bird species are at risk of extinction if we continue to burn fossil fuels with no thought for the future and that is just the tip of a very large iceberg. Unmitigated climate change threatens a mass extinction with perhaps a quarter or more of all species lost forever. From the fossil record (Kirchner 2000), we can see that it would take millions or even tens of millions of years to recover the same kind of biodiversity which we see today. Given that a large mammal species like homo sapiens would normally only be expected to survive for a couple of million years or so, we'd be condemning our descendants to live in a relatively denuded world not just for a few decades or a few centuries but for all of the rest of human history.UK peatlands themselves could largely be wiped out by a warming climate with only rump areas left in the north west of Scotland which have ceased to generate new peat growth and hence would be vulnerable to long-term decline as extreme drought events nibble away at the peat mass down through the centuries.There is no valid environmental argument to be made against wind farms in upland areas. Minor, short-term impacts cannot possibly be given priority over the global catastrophe threatened by unmitigated warming, including an existential threat to the peatlands themselves.Often I find that what really upsets people is not any issue with the environment but rather a subjective impression of spoiled views. However, that is a relatively trivial concern which cannot be allowed to interfere with the urgent need to tackle climate change. If we're serious about tackling this we need to have dozens of Talladh a Bheithes and Stronelairgs in the pipeline and we must withdraw our support from any charities such as the John Muir Trust, National Trust for Scotland, etc, who misuse their charitable resources to campaign against measures designed to preserve an environment. which they are supposed to be protecting.Turbines are only temporary structures. In a hundred years or so, I'd expect most of them will be gone as more wind generation is moved offshore or other technological developments take over.