Charities lose hundreds of millions through missing will donations

Charities and solicitors urged to work together as only 3.8% of Scots leave a good cause money in their will despite 40% claiming they are open to it

Charities in Scotland are missing out on hundreds of millions of pounds because supporters are not being approached correctly about leaving a gift in their will.

Research commissioned by Remember A Charity found that only 3.8% of all Scots leave something in their will to a charity despite 40% claiming they are open to it.

Currently that figure accounts for £100 million of funding each year, meaning that if all 40% left a gift the income for charities north of the border would be closer to £1 billion.

Researchers from the Behavioural Insights Team and the University of Bristol also found that Scotland is lagging behind other UK nations when it comes to legacy giving.

Despite accounting for 9% of deaths in mainland UK, research from Legacy Foresight indicates that Scotland only accounts for 6% of gifts in wills. And, in England and Wales, 6.6% of people who die leave a donation, much higher than Scotland’s 3.8% figure.

Rob Cope, director of Remember a Charity, told Third Force News that charities and solicitors need to work together to make it the norm for people to leave a charitable legacy in a will.

He urged charities to promote legacy giving better and for solicitors to implement better techniques when asking clients to leave something. 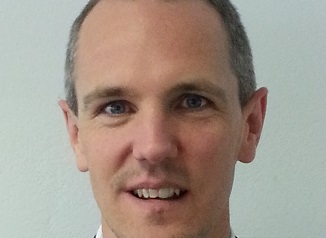 “One of the biggest challenges for charities is lack of salience amongst the will writing public,” he said.

“There are also widely-held misconceptions, with many believing that gifts have to be large amounts or that the donor has to choose between giving to their family or their favourite charities.

“The reality, however, is a very different. Even a small amount can make an enormous difference and the donor should always be encouraged to protect their loved ones first – and then consider their favourite charities.”

Cope added that work carried out by the charity, such as organising Remember A Charity awareness week, has seen the number of solicitors reminding their clients about legacy giving increase from 53% five years ago to around two thirds today.

His team found that how solicitors broach the subject of leaving money to charity can play a major role in legacy giving.

During trials involving eight firms of solicitors and over 2,600 client interactions, it was found normalising charitable legacies by communicating that this is something that others do, was the approach most likely to encourage clients to leave a gift to charity in their will.

Using this method saw a 40% increase in the number of people writing their will for the first-time choosing to include a charity compared to those not approached using the same method.

Addressing legacy gifts as an opportunity to support charities that participants’ families care about or have benefited from was also successful in many cases.

Sanders added: “We already know that mentioning legacy giving as part of the will-writing process can have a significant impact on giving levels, but the evidence from these new trials indicates that specific language used in conversations can make a real difference to the way that people respond in a face to face setting.

“Crucially, we also found that solicitors and customers are both comfortable with the concept of giving to charities being presented as part of the will-writing process.”

Speaking at an event to launch the report in Scotland, Fraser Hudghton, Scotland manager at the Institute of Fundraising, said it is important charities help solicitors develop a stronger understanding of what they do and why they do it so the legal professionals can advise their clients better.

“The stuff that has been going on in the external environment in the last couple of years has undoubtedly put a great deal of pressure not only on the ability of charities to bring in money but even on the ability to have those conversations on how we bring in income,” he said.

“There should be a constant flow of information between charities and the legal community in Scotland and the UK if they are to be operating in a transparent fashion which we believe will ultimately benefit their cause.”