​Company admits it set up diversity awards to generate cash

Charities have voiced their unease over a private company which is targeting Scotland’s third sector, setting up an awards ceremony to generate cash.

Organisations and individuals have been urged to be cautious if they receive a notice telling them they’re nominated for the Scottish Diversity Awards, which are scheduled to take place in Glasgow’s Crowne Plaza Hotel on 11 December.

They are the work of private firm Oceanic Consulting, which has a business model of setting up ceremonies for the likes of the hairdressing and the wedding industries.

However, the group told TFN that it has identified Scotland’s third sector as a lucrative market – and that this is the main driver behind the awards.

Last week, a range of charities and senior third sector figures were told they had been nominated for an accolade.

The awards feature a massive 28 categories, each containing around 10 nominees.

They stretch beyond the charity sector to encompass universities and local government.

People have been told they have received a “high number of nominations from the public” and are given one complimentary ticket and asked to buy supplementary tickets at £75 per head.

Among those singled out was disability charity Inclusion Scotland.

Its chief executive Dr Sally Witcher said she has deep misgivings about a private company targeting the charity sector in this way.

She told TFN that in an exchange with the company, key points of concern were not addressed.

Dr Witcher said: “I wanted to know, what was the nominations process? How and where was it publicised? Was it accessible to all?

“Is this primarily a money-making initiative from a marketing company keen to generate profits for itself and its clients?”

She continued: “The key issues for me are thus twofold. Firstly, for awards to have any value, there needs to be an open, transparent nominations process and those judging need to be knowledgeable about the area in question.

“To be nominated by who knows who or how, to receive an award from people who know nothing about the issue on the basis of who knows what, would make a mockery of the whole thing.

“The awards may be genuine in that they do exist, but they would be fake in terms of signifying anything meaningful about the recipients.

“Secondly, I am uncomfortable with the notion that private sector companies are targeting the third sector in order to make a profit and issues this may raise about appropriate expenditure of charitable monies.

“Finally, there are scams out there concerning awards and I think it is important that all of us remain alert to this.” 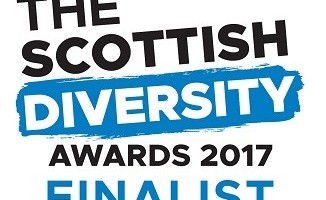 We are here to make money, let me make that absolutely clear. We are a private company. We identify new markets we can target." Joe Kahn, Oceanic Consulting

Joe Kahn, spokesman for Oceanic, was upfront about his group’s targeting of charities to make cash.

He said: “You look at markets, you identify markets that will help your brand grow. We rely on ticket sales and sponsorship.

“We are here to make money, let me make that absolutely clear. We are a private company. We identify new markets we can target, we have the event to pay for, we have to make sure that everything is being done properly. That’s out in the open, it’s not something we hide behind. We run projects to make money.

He denied people have been told they have received a large amount of nominations – even though TFN has seen an email from the company which states: “You have been shortlisted into the finals due to the high number of nominations which we received from the public.”

He said nominations are sought across Oceanic's "social media channels" before they are shortlisted, but did not provide further details about the shortlisting process.

Mr Kahn added: “We give every finalist one free ticket to attend the awards, we are not forcing anyone to attend.

“We understand what it takes and the importance of social inclusion. Just because we are there to make money does not mean that we can’t make a difference.”

John Downie, director of public affairs at the Scottish Council for Voluntary Organisations, said: “We would urge charities to be cautious about taking part in awards ceremonies which are not about showcasing and recognising the sector’s great work but are simply created with the sole purpose of making money.

“A number of third sector support bodies do an excellent job of recognising excellence in their sector through award ceremonies, such as the Scottish Charity Awards, the Scottish Fundraising Awards and the Scottish Social Enterprise Awards.

“If you want to showcase your organisation or project then put your efforts into entering one of these awards programmes that will genuinely recognise your achievements.”

0 0
maxxmacc
about 3 years ago
It's not any different from the various Newsquest Awards fronted by the Herald.

0 0
Amy
almost 2 years ago
I worked with this company for 2 weeks before leaving due to the way it works! It is a complete scam there is no independent judges, there is basically no nominations hence why reluctance to go into more detail, he simply makes up a database of all possible business or charities who can take place!!! The winner is who buys the most tickets and lastly he uses a fake name on all of this!!!

0 0
Sue
over 1 year ago
I also worked here for around five months then quit. It’s a scam to make money and yes fake name used by the owner. I myself found out there is NO independent judging panel and the ‘supporting evidence’ that companies supply to back their ‘nomination’ gets shoved to the back of a drawer once it’s posted in. I’m still owed wages from when I quit and there is no employment security (no contract, no wages slips etc) I’m baffled to as how thy are still operating. From a behind the scenes perspective they should be shut down....