Charities in Scotland have united against the Daily Mail for irresponsible journalism and creating “fake news” about the country’s third sector.

It comes after the tabloid paper published two days’ worth of articles ostensibly exposing individuals and charities receiving public money.

A tranche of stories depicted the sector as siding with “SNP paymasters" while describing many of the sector’s leading figures as Scottish Government “sock puppets”, implying they were controlled by civil servants.

The right-wing paper also published a bizarre story about how four “charity fat cats” lived in the same street in Edinburgh, suggesting they were supported by public money which was in turn “greasing the wheels of the third sector”.

Martin Sime, chief executive of the Scottish Council for Voluntary Organisations, lambasted the stories as a lame attempt to belittle a vibrant third sector.

He said all the Mail revealed was the “fake news” that “millions of pounds is spent on delivering charitable services in Scotland” - information which was publicly available in every organisation’s annual accounts.

Sime hit out: “The Scottish Daily Mail has a world-view that hates immigration, despises welfare and poor people in general is anti-LGBT and anti-human rights.

“It’s a way of thinking that we stand firm in opposing in all the work we do, in the charities we support and in the resolve we have to never let bullying and hate stop our work.”

As such the only sources quoted in the articles are a Tory MP and Eben Wilson who runs the website Taxpayer Scotland which has contact details but no content. There are also question marks over whether Wilson actually lives in Scotland, despite claiming to pay “Scottish taxes.” Wilson failed to respond to multiple requests by TFN for clarification. 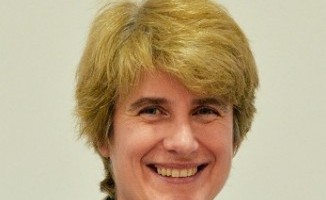 Teresa Bray, chief executive of Changeworks was singled out for being involved with the campaign group Stop Climate Chaos, which according to the Daily Mail runs a “costly campaign” to cut carbon emissions.

This was on top of the revelation about her organisation being involved with the Scottish Government’s £225m project to combat fuel poverty, Warmer Homes Scotland.

Bray told TFN the Mail failed to grasp the irony that many of its demographic – older readers – were the recipients of much of Changeworks’ programmes.

“There’s an irony that the Daily Mail’s print audience which is largely an older demographic are the very people who our fuel poverty work benefits,” she said.

“Changeworks is publicly accountable. We are delivering a range of public services that may have been previously delivered by the private sector. We make sure we deliver often better public services as part of our remit but we also hold government to account.

“There is no control of our services by the Scottish Government,” added Bray. “Charities can be independent while delivering public services. Quite simply we deliver high quality services that benefit the public.”

Iain McLaughlin was another third sector figure targeted in the attack. As chief executive of Youth Scotland, the Daily Mail implied he was overpaid by an organisation that was doing the SNP government’s bidding.

However it made out Youth Scotland received £780,000 for Named Person training in 2015-16 when in fact it only received £8,900 towards a project which only provided a brief reference to the role of the Named Person scheme.

The article also made reference to historic investments to “a hedge fund investment portfolio worth £695,000” – a common and perfectly legitimate investment strategy employed by charities.

In response Youth Scotland published a statement on its website clarifying its investment strategy. “At one point in the past, the investment portfolio did contain just over 5% in a hedge fund investment, as selected by the external investment manager we used at that time,” said the statement.

“Over the last two years, a number of proactive steps have been taken by the Board of Youth Scotland in relation to its investment policy.

“The investments have been reviewed, a new ethical investment policy has been adopted, and a new external Investment manager appointed.”

Journalists from the Mail’s investigation team attempted to run a story about the third sector last year but were thwarted by a lack of collaboration.

Despite a dwindling print market, the Daily Mail continues to sell around 80,000 copies a day in Scotland.

The Scottish Council for Voluntary Organisations (SCVO) has criticised Scotland’s shadow equalities minister after she wrote an article in the Daily Mail backing its attack on charities.

John Downie, director of public affairs at SCVO, has written to Conservative MSP Annie Wells to complain about an opinion piece she wrote, headlined “We must tackle this scandal or charity giving will fade
away”. He said the article gave credence to the newspaper's "fake news" claims that many of Scotland’s third sector organisations are sock puppets for the Scottish Government.

In his letter, Downie pointed out that “Scotland benefits from an engaged and diverse policydevelopment culture, with charities routinely injecting evidence, narratives and life into the work of the Scottish Parliament.

“Indeed, as amember of the Equalities and Human Rights Committee, you have personally benefited from the wisdom of many fine Scottish third sector organisations – including RNIB Scotland, LGBT Youth Scotland, Enable Scotland and Rape Crisis Scotland.

“Without theinput and ideas of such organisations, the policy making process, committee reports, legislation and even party manifestos would be far less robust and dynamic.”

In the articleWells calls for a Scottish gagging clause, similar to the one being considered in England, which would prevent charities that receive government funding from lobbying against their policies.

Downie pointsout that “legislation of the sort you advocate would undoubtedly see the energy and creativity of the third sector hampered and prevent effective scrutiny of political decisions – to the detriment of communities in Scotland.

“For decades,Scotland’s third sector organisations have been the animators, mobilisers and innovators in society and the vehicles by which people can find their voice and come together to drive change. Whilst political parties will claim credit for
policy implementation, we should ask ourselves whether change would have come at all if it were not for the third sector leading the charge.”

Downie goes on to list a series of social justice laws that were spawned by third sector lobbying, such as the current mental health strategy, internationally recognised homelessness legislation, same sex marriage and the adoption of the living wage.

When you look at the statements in the Daily Mail article - staff paid excessively, a portfolio of properties, surplus of a quarter of a million, own newspaper - you wonder what the board of 'elected and unremunerated' board of SCVO trustees are doing? Benefitting from the same lobbying and policy influence whilst turning a blind eye?

We are intrigued by the news that we have had "multiple requests" about our op-ed in the Mail as we have a contact form on our web site (which is undergoing a changeover period), a media phone and a Twitter account. None of us have seen any contact from you.