​Charity calls for families to be forced to try mediation first.

Scotland’s outdated family law must change to stop children getting caught up in divorce court conflicts, a charity has blasted.

Relationships Scotland says the country is lagging behind the rest of the UK and is asking the Scottish Government, charities and family law experts to back their calls to make it a legal requirement that divorcing parents must consider mediation to prevent thousands of kids being stuck in the middle of court action.

The charity says the level of awareness and understanding about family mediation is low and is calling on all parties to prioritise the call for an urgent debate on the topic.

Stuart Valentine, chief executive of Relationships Scotland, said offering alternative dispute resolution options, such as mediation, is vital to get the best result for families.

“Parents often lose focus on their children as they battle with their ex-partner to determine who gets what, and who the children are going to live with,” he said. 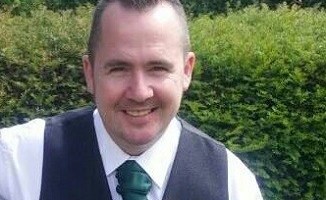 We were struggling to work things out. Court is brutal

“During a crisis or emotional meltdown it’s not realistic to expect parents to research all their options. Making it a requirement to consider mediation before going to court is the way forward.

“Research shows that mediation is quicker, less costly and more effective than court action in helping divorcing and separating couples.

“Mediation helps parents make a decision to work together in the best interests of their children. We need to act now to help parents and families find their own solutions."

Research shows that family mediation is effective in helping separating couples and families with around 70% of mediation cases resulting in an agreement.

Father of two Neil Pryde, from Arbroath, was struggling to reach an agreement with his ex-wife during their divorce and turned to mediation.

He says it helped them resolve things quicker.

“We were struggling to work things out,” he said. “Court is brutal. I was prepared to do what I could to avoid that. It was an intense and upsetting time. The care of your kids is an emotional topic.

“No matter how things seem, mediation can help you resolve things quickly for the sake of your kids. After a few sessions we reached an agreement of 50/50 childcare and stuck to that. The kids are much happier since we sorted things out!”

In England and Wales the Children and Families Act requires separating couples involved in parenting or financial disputes to meet with a mediator prior to going to court. In Scotland it is only a requirement in legal aid cases.

The Justice Committee in Scotland acknowledged in a report earlier this month that the legislation in Scotland was "showing its age" and that more cases in Scotland would benefit from mediation.

0 0
Rhona cunningham
over 6 years ago
Absolutely agree - anything that can be done to ensure children's interests are at the centre - needs to be resourced! With relationship breakdown on the increase we need to respond( if not pro-active) and have services that are fit for modern day life ... For the sake of the next generation.

0 0
Cassian Hall
about 6 years ago
I very much agree with this article. Having been through the courts (not of my own volition) and having arrived at a settlement, I can say first hand that this is a system that is broken. I know everyone's experience will be a little different, but here are some of the lessons learnt by myself: 1. Mediation is expected by a Judge of the High Court, however if the parties agree to a mediated agreement, then you can still get a knock on the door a day later with a court summons, because actually one party didn't fancy the agreement and have been told by their lawyer that they can get more in court. 2. If one party has money and the other has not, then the scales are massively tipped in favour of money. I for the most part represented myself, but the opposing counsel used every trick to trip me up on technicality and add costs against me, knowing that resources were scarce - it was pure bullying tactics from someone in quite a small club of family lawyers. 3. The PR of law firms does not match the reality. Read an article from a leading family lawyer in the Scotsman about 'good divorces' and 'expertise in kitchen sink negotiation' and then compare to the reality of that lawyer in action - could not be a more stark contrast. Conflict pays lawyers, resolution does not. 4. If a party turns to lawyers it means they no longer have to engage with their former spouse in order to emotionally resolve the issues of separation. This is vital. If we are to put the children first then we have to make parents take responsibility for mediating a settlement. Unless they go through that process of listening, arguing, understanding and compromise, then they are emotionally arrested at the point of separation. This is very bad for the future relations that are necessary for happy children. Separation is a form of grieving and it has to be entered into in order to arrive at a healthy relationship the other side. 5. My Judge encouraged me in a hearing to bring a motion to court to force us back to mediation. Unfortunately it turned out the Judge was not up on the law and when I brought the motion, it was thrown out as "incompetent" - you can not force anyone to mediate. Furthermore the opposing counsel rather than picking up the phone or sending an email, waited until we were in front of the Judge again to bring this up - thus adding to the bill of costs that could be brought against me. The process is ruled by adversarial conflict, making things potentially much worse for the children. 6. My ex-partner was able to avoid attending court at all and leaving it to her lawyers, thus avoiding any responsibility for the actions of those lawyers. If one has to own the actions of lawyers then it is one way of keeping parties honest. 7. Mediation is as expensive as a lawyer - £250/hour. This is too much. It may be that the lawyer-governed segment of mediation has to be done near the end of mediation. However initially, someone more trained in psychology and conflict resolution would be better, and nearer £50/hour. Once the worst of the conflict is resolved, the more expensive legal mediation can be carried out quickly. 8. Anything within mediation can not be used in court. I understand the principal, but perhaps we should look at whether mediated agreements, signed off by both parties can actually be used in court - this would prevent time wasters from exploiting mediation to satisfy a judge that they have done it, with no real intention of sticking by what they agree. There is much more to look at, but we have to reform the process, in order to protect vulnerable children, and ensure that adults behave in a responsible manner.