The Red Cross has red carded UKIP over the proceeds from a controversial calypso record.

A song by former DJ Mike Read – a celebrity supporter of the right-wing party – was withdrawn for sale this week after complaints about its contents.

UKIP, fronted by Nigel Farage, says pressure from the “right-on media” forced the former Radio 1 star to back down.

The party claimed some of the proceeds would have gone to the Red Cross to help its fight against Ebola – but the charity insisted it would not have touched a penny, citing political impartiality and the song’s attack on asylum seekers. 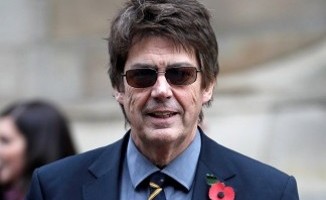 The song, sung by Read in calypso style in a mock Caribbean accent, contains the lines: “the leaders committed a cardinal sin / open the borders let them all come in / illegal immigrants in every town / stand up and be counted Blair and Brown”.

UKIP supporters had started a campaign to get the download to number one, but Read withdrew it from sale, apologising for “unintentionally causing offence.”

A UKIP spokesman said: “This is Mike’s song and it is obviously his decision what to do with it.

“We thought it was just a bit of fun, as did thousands of people, evidenced by how well it had been selling.

“Were it not for the synthetic outrage, the song would have generated a lot of money for charity, as profits were to be split with the Red Cross for its Ebola Outreach programme.

“It’s a pity those so concerned with political correctness have trodden all over this.”

The Red Cross, however, was quick to distance itself from UKIP and the recording.

A spokesman said: “We will not be able to accept any money from the proceeds of this single.

“As a neutral organisation, we cannot benefit from something which overtly supports one political party.

“In addition, Red Cross has a proud history of helping refugees and asylum seekers who are negatively referred to in the lyrics.”