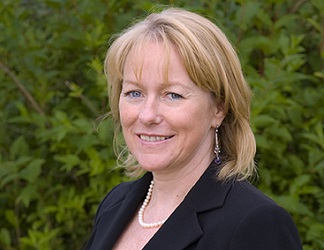 What time do you wake up?
I wake up about 7.30am if I am not already on the early train or M77 from Ayr to Edinburgh.

What is your morning routine?
I don’t have a fixed routine in the mornings, it depends on the joys ahead, so it can be 11am before I enjoy my first cup of coffee. I work from home a lot which means I can be at my desk at 7.45am. The danger of this “presentism” is I often work on late at nights when the house is quiet.

What’s the first thing you do when you arrive at work?
Most mornings I phone Sharon our information and communications officer who is based at our head office in Roslin. We compare the east/west divide on the weather and traffic before moving on to more pressing issues.

What are you working on just now?
Today was mostly about mapping our current work and projects against the National Play Strategy Action Plan and meeting with SOSCN about playwork training research they are undertaking. At the meeting I was wearing an additional hat as chair of the Skills Active Scotland executive committee, the sector skills council that has playwork in its footprint.

How many hours do you normally work in a day?
I work some really long days but I try and keep to a 35 hour week. So I plan a late start or early finish once or twice a week.

Do you have too many meetings?
No. Because we all use modern messaging, drop boxes and doodle polls so effectively, meetings have taken on a sharper focus. There are less meetings and they tend to be shorter, action oriented, and welcome networking/social exchanges.

If you were your boss would you like you?
I would respect what I stand for, but I am not sure I would want to go to the pub with me! I love my job, Play Scotland and the great progress we are making in Scotland and never miss an opportunity to promote the child’s right to play, even when off duty. In the past the bosses I liked as friends were not the ones I most admired and wanted to emulate.

Is this a step on the rung to success or your final destination?
I have achieved more for Play Scotland than I thought was possible when I took up the post. I saw it as a short term impossible challenge, but with strong staff and a great board, the support of the Play Sector, politicians from all parties and government officials, we have put play on the policy map in Scotland, and improved children’s play opportunities.

Have you got thoughts on what you will do when you retire?
I would like to walk more of the Camino de Santiago de Compostela, get more involved in community politics, and play guitar instead of sending emails.

Should there be a cap on charity chief executive pay?
I think there should be guidelines that indicate appropriate ranges of pay based on the charity’s size, key roles and functions. I am more worried about the terrible pressure that short term funding places on all staff in the third sector. Third sector staff deserve better.

Is it better to work for a big charity or a small charity?
I would say from experience that both have their challenges, but the job satisfaction from working in a charity is wonderful because we really do make a difference.

What advice would you give to your 18-year-old self?
Don’t wish your life away, enjoy the moment, and don’t hold on to regrets.

What’s your favourite album/film?
Favourite album Bruce Springsteen - The River; Favourite Film - As Good As it Gets with Jack Nicholson

Who would you invite to dinner - Brian Denis Cox or Brian Edward Cox?
As we live in a dark sky area I would ask Brian Edward Cox and hope it was a clear night so he could do a Sky at Night from the garden.