A Community Land Agency should be set up to support more rural and urban communities to purchase land, according to a major review of land ownership in Scotland.

The Land Reform Review Group, led by Dr Alison Eliot, has said more information and support is required if Scotland is to meet its target of one million acres in community ownership by 2020.

The review group has published a 260 page report into land ownership in Scotland including 60 recommendations for change. Currently just 432 people own half the land in Scotland. 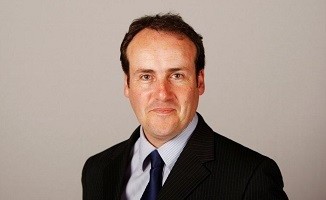 The report includes a series of recommendations that will enable more communities to purchase land and buildings across Scotland, including in urban areas.

It said that local and urban communities need more financial support to buy and develop land and buildings and that more funding should be made available to meet the demand of increasing numbers of community land ownership bids.

Scottish councils should also set up community asset transfer schemes, according to the report, which would recognise the significant community benefit that comes from the transfer of local authority assets to communities.

The group recognised that many Scottish communities require considerable support to take on the ownership and management of land or buildings and suggested formal support should be rolled out across Scotland, not just in rural areas.

A recommendation for improvements to the 2003 Land Reform Act to make it easier for local communities to purchase land and a recommendation to update Scotland’s system of compulsory purchase were also included in the report.

After receiving the report the minister for environment and climate change Paul Wheelhouse said: "I would like to thank Dr Elliot and the Land Reform Review Group for their thorough report and their important contribution to the debate on land reform in Scotland. The relationship between the land and the people of Scotland is fundamental to the wellbeing, economic success, environmental sustainability and social justice within Scotland.

“I am pleased to read the recommendations on improving the availability of land, both rural and urban, and the need to increase access to rural housing, these are issues that will have a direct impact on many people’s lives. The Group have also highlighted the need to address transparency of land ownership in Scotland which I believe is crucial to taking forward this agenda.

Wheelhouse committed to creating a working group to develop a strategy for achieving this target in the near future.

0 0
Edward Harkins
over 8 years ago
The timing of this important publication could not have been bettered - surely it must now be a major part of the debate leading up to the Scottish independence referendum in September.

0 0
John Naylor
over 8 years ago
Well done, Alison, and your team. John