Restoration of lost species can be controversial but Paul Cardwell found a Scottish charity tackling the issue head on with a unique experiment in a bid to prove the doubters wrong.

According to the old nursery rhyme, if you go down to the woods today you’re in for a big surprise.

And if the woods you are going to happen to be at Dundreggan in the Highlands that might just be the case - but not because of anything as innocuous as a teddy bear.

In fact, you might be well advised to don a protective red riding hood because Trees for Life has recruited a group of volunteers to stalk the woods pretending to be wolves.

It may sound a bit Brothers' Grimm, but it turns out there's genuine conservation method in the madness.

Trees for Life say that a lack of predators has meant other animals such as deer are thriving too much and have turned to grazing on newly emerging seedlings making it rare for fresh trees to grow.

The charity believes that reintroducing wolves throughout the area would naturally cull some deer and balance the ecosystem allowing the wider regrowth of the forest, which in turn could become a tourist attraction.

To prove its theory it has recruited volunteers to roam in the woodland for a number of weeks during spring to simulate the behaviour of wolves.

Groups of three will go around in ‘packs’ walking among woodland in the dark and at last and first light along trails. The theory being that they will cause enough disruption in the area that deer will stay clear.

The wolf packs will stay in a nearby chalet, sleeping during most of the day in order to go out at night and unpredictable times just as wolves would.

Alan Watson Featherstone, founder of Trees for Life, explained: “Project Wolf seeks to demonstrate an innovative approach to helping a new generation of native trees to grow in the Caledonian Forest.

“By using volunteers to patrol the edge of existing woodlands at unpredictable hours in the night we will be replicating the natural disturbance effect of missing top predators such as the wolf, thereby enabling young trees to grow successfully without being overgrazed by deer.”

The charity is resorting to creating pakcs of human wolves, as opposition to the reintroduction of wolves from landowners, gamekeepers and farmers remains so strong. They say reintroducing the species could be disastrous for farm and game stocks and could even be harmful to the public. 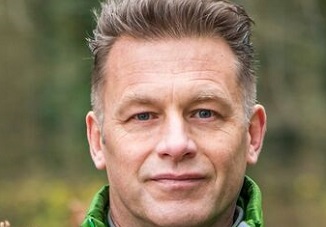 To show that this isn’t the case and to promote wider understanding of the project Trees for Life is allowing independent film-maker Lisa Marley access to the experiment to make a documentary feature.

She has set up a crowdfunding campaign to finance the Dundreggan shoot and has even won the backing of wildlife personality Chris Packham.

A fan of Red Sky on the Black Isle, Packham issued a comment urging people to support Marley’s latest film.

"These grassroots, real and reactive films come straight from the hearts of creatives who not only care but motivate their skills to take action; action at a time when we are desperate for people to stop musing and moaning and actually stand up and be counted,” he said.

“It's time to shout above the noise – Red Sky on the Black Isle did this – so please help Lisa turn her talents onto the exciting subject of rewilding."

Perhaps thanks to the endorsement, Marley hit her initial target of £1200 on Indiegogo in two weeks of launching the fundraising drive.

She has now set herself a new target to double that amount. 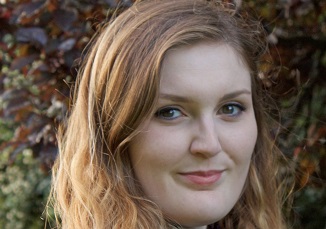 "When I first heard about Trees for Life's work, I was instantly hooked. It's an incredible project that has the potential to make a real impact on the regeneration of the Caledonian Forest, and I can't wait to get out into the wilderness to experience it for myself,” she said.

"I've been overwhelmed by the support for Project Wolf. Now that I have passed my first funding goal, the film will definitely be made.

“But there is still some way to go – I've now set a second target which will allow me to spend longer in the Highlands with the human wolf pack and with my interview subjects.

“I'll also be able to use more advanced equipment to better tell the story of rewilding in Scotland.”

Watson Featherstone added: “The project has potential significance for many other areas in Scotland, and Lisa’s film will be an essential means of communicating this message to a wide audience.

“I urge everyone to support this very worthy project – your donation will make a real difference to the restoration of the Caledonian Forest in the Highlands."

Wildlife and conservation enthusiasts who wish to donate to Lisa's campaign can do so at indiegogo.com/at/projectwolf, in exchange for perks ranging from guide books and gift cards to production credits and invitations to film festivals.

Back from the dead

It is not known exactly when the wolf finally became extinct in Scotland, but experts have claimed it is most likely to have been around the end of the 17th century, however there are recordings of stories of possible wolf sightings up into the middle of the 18th century. If the wolf was to be reintroduced it would be one of a number of species to be brought back from extinction in the wild.

Reintroduction of the beaver in Argyll in 2016 was so successful it was named wildlife event of the year by BBC Countryfile magazine readers. Hunted to extinction in the wild centuries ago, small populations had reformed following illegal releases. Landowners and farmers had called for those rodents to be eliminated – saying they caused floods and habitat alteration – but the Scottish Government decided they could stay as long as they were managed appropriately. They have now be added to Scotland’s list of endangered species, receiving the highest level of protection, alongside golden eagles and wild cats.

Reintroduction programmes over the past quarter century has seen more and more red kites take to the skies above Scotland. Hunting and poisoning wiped out Scotland’s indigenous bird in the 19th century and it wasn’t until 1989 that efforts to restore them began. However it has not been without trouble. Research by RSPB Scotland and Scottish Natural Heritage has shown that the red kite population is being severely constrained in the north of Scotland by illegal killing with over 100 confirmed killings. Indeed, in 2014 the female bird of the first successful breeding pair was found poisoned with an illegal pesticide.

White-tailed eagles were re-introduced first to Rum in the Inner Hebridies in 1975, and quickly spread to nearby islands. An east-coast re-introduction project began in 2007, with the first chick successfully fledged in 2013. The UK’s largest bird of prey there are now thought to be between 37 and 44 breeding pairs. They are afforded the highest degree of legal protection under the Wildlife and Countryside Act 1981. Despite this they continue to be killed and have their nests targeted by egg-collectors. Many are also killed by illegal poison traps set for foxes and crows. To minimise danger all nest sites are a closely guarded secret.

0 0
Paul White
over 5 years ago
Lottery spell cast by Dr. Ogala Email Ogalalotteryspell@yahoo.com or his website on https://ogalalotospell.wixsite.com/dr-ogala My name is Paul White. Dr. Ogala cast a spell for me per my request. I bought a lottery ticket the day you cast my spell. Guess What Dr.? I hit 4 of 6 and won 1,000.000.00 Dollars! Then I received a letter from the hospital stating that the $ 10,000.00 bill I owed was settled .I want you to know that, your lottery spell have make me to win millions of dollars. Then a week later I won 5000.000.00 thousand dollars,Thanks.Am very grateful for what your wonderful lottery numbers did for me, i now own my self a house and a car.Am free from debts.thank you for casting the lottery spell for me. I was trying to settle a job action and after the lottery winning spell you did, I received a settlement. I now have my own business. If you are at there looking for a real and a gunie spell caster,search NO MORE. Dr. Ogala is there to help you to win and be rich forever . contact him. Ogalalotteryspell@yahoo.com or his website on https://ogalalotospell.wixsite.com/dr-ogala or call +2348147673679 .....