Scotland's first same sex marriage will take place on Hogmanay this year, it was announced today.

Equality groups have said they are delighted that midnight fireworks on New Year's Eve will mark a double celebration for many and make 2015 the beginning of a new age.

Colin Macfarlane, director of Stonewall Scotland said that the news will spark a rush of wedding plans in the lesbian, gay, bisexual, transgender and intersex (LGBTI) community.

“What better way to see in Hogmanay knowing that LGBT people in Scotland will be able, for the first time, to enjoy exactly the same rights as their straight friends and family.

“We are very grateful to the thousands of Stonewall supporters, many of them straight, who have played a big part in making equal marriage a reality.’

The Equality Network, another group that led the campaign for the introduction of gay marriage, said that Scotland should be proud to bring in the new year as a fairer and more equal country. 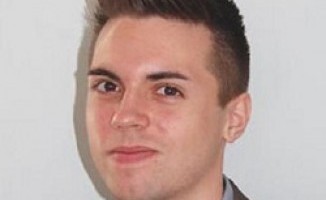 The 31st December 2014 will be a date that is remembered for many years to come, and a profoundly emotional day for those couples who celebrate their commitment to each other

Tom French, policy and public affairs coordinator for the Equality Network, said: “The 31st December 2014 will be a date that is remembered for many years to come, and a profoundly emotional day for those couples who celebrate their commitment to each other, and for all LGBTI people who grew up in a country where being gay was still criminalised until 1981.

“Scotland is now a leader on LGBTI equality, with one of the most progressive equal marriage laws in the world. There is still more to do to ensure full equality in people’s day-to-day lives, but this year we have taken a huge leap forward towards creating the fair and equal Scotland we all want to see.”

The Scottish Government also announced that from 16 December couples in an existing Scottish civil partnership will be able to change their relationship to a marriage. Conversions of this type will be free for the first year of the legislation.

Making the announcement, health secretary Alex Neil said: “From 31 December, same sex couples who want to show their love and commitment to each other could get married in front of family and friends at a ceremony they choose together.

“This will be an important signal that our nation is absolutely committed to the same rights for all our citizens.

“It will be a proud and no doubt emotional day for many, and I, for one, can’t wait.”