​The true extent of food poverty is unknown because Westminster wants it that way, a conference hears

Food poverty in the UK represents a crisis of vast and devastating proportions – but it goes untackled because the government is ignoring the problem.

There are currently no measures for adequately gauging the extent of hunger in the country because Tory ministers do not want to acknowledge it, claimed campaigners at a major meeting on food poverty held in Glasgow.

Hosted by the Poverty Alliance, the conference featured testimonies from academics and activists, including those who have suffered the real effects of hunger.

It heard that despite civil servants suggesting a way to establish a much more accurate picture of food poverty as defined by a specific set of criteria, government ministers have refused to agree to the work.

An accurate picture of food poverty would include not just physiological signs, but the nutritional value of food consumed, the amount eaten (whether, for example, people skip meals or don’t fill themselves up to save food), and anxiety caused by worrying where meals will come from. 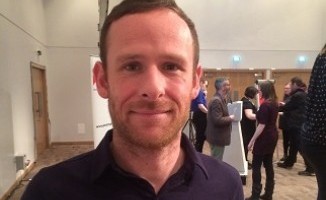 Currently, the best indication of the extent of food poverty in an era of austerity, cut-backs and benefit sanctions comes from figures published by foodbank provider the Trussell Trust.

It shows that use of its foodbanks has increased to record levels, with more than 60,000 referrals in Scotland alone over a six-month period.

However, research conducted for the Poverty Alliance shows that Trussell Trust foodbanks don’t even make up the majority of emergency food outlets.

Services provided by other agencies – a patchwork of charities, housing associations, community food projects and faith groups – are not routinely audited, suggesting the number of those accessing emergency food is even larger than suspected.

On top of this, the conference heard that those using foodbanks may represent the tip of the iceberg.

There is, in every likelihood, a massive submerged cohort of people who are in work and not claiming benefits who are suffering the effects of hunger.

Dr Rachel Loopstra, of Oxford University, helped design an analytical tool for measuring food poverty in the US and Canada, which took into account whether people in employment are suffering from hunger.

It found that the scale of the problem was much larger than thought – and Dr Loopstra questioned what the results would be if adequate measurements were applied to the UK.

She said: “Most food insecure households are actually in employment. The fact is, just by looking at foodbank use, we can’t tell how many people are experiencing hunger.”

Dr Loopstra told the conference that the Department of Food, Environment and Rural Affairs has recommended the uptake of a model for mapping food poverty – but ministers rejected it.

A representative from Mayhill Foodbank – one of the Scotland’s biggest – suggested that this was a deliberate policy from a government that does not want to acknowledge the scale of the problem.

Dr Loopstra contrasted this attitude with that of a series of Tory ministers, including Esther McVey and Priti Patel, who have categorically denied a link between food poverty and foodbank use.

The real effects of hunger in the UK were brought home by the testimony of community campaigners Annie Love and Derek Holliday.

They spoke about food poverty from personal experience, with Holliday, who now works with the Glasgow Homelessness Network, recounting his personal experiences of growing up in a food insecure household, how he was bullied at school for being poor, and how his experience of it in adult life led him to the verge of a breakdown.

He said: “Poverty is not a choice. Its effects are not just physical, it damages your pride and dignity. No-one should have to go without food.

The conference was also presented with the findings of an Oxfam Scotland poll which indicates people believe that the growth in foodbank use shows society has gone “fundamentally wrong”.

Poverty Alliance director Peter Kelly said: "The growth of foodbanks in recent years is the surest sign that we need to do more to tackle poverty in Scotland.

"In the short-term we need to ensure people who need food can access it, but we also need to find long-term solutions to food poverty. Our politicians need to listen to the demand for higher incomes and more, secure employment."

Foodbanks could be history
NEWS
16 Dec 2021
16 Dec 2021
National plan unveiled to end need for foodbanks in Scotland
NEWS
21 Oct 2021
21 Oct 2021
Charities get behind landmark legislation to revolutionise Scotland's food system
NEWS
19 Apr 2022
19 Apr 2022
Foodbanks at breaking point as they hit out at PM and Chancellor
NEWS
12 Apr 2022
12 Apr 2022
Latest news
Green MSP launches bill on protest-free zones outside abortion clinics
NEWS
23 May 2022
23 May 2022
Popular posts
It's back - The Gathering returns for 2022 New chief executive of Scouts Scotland announced "System change": Calls for overhaul of third sector fundingShamima Begum is a brainwashed child - and should be allowed to return