Sacha Deshmukh will take up his new role in April

Sacha Deshmukh, who will take up his new role in April, has been chair of the international aid and development charity War Child UK since 2014 and is a board member of the Fundraising Regulator.

He has run Smart Energy GB, which helps people in Britain understand smart meters, since 2013. 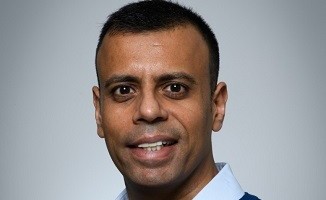 Deshmukh was director of campaigns at the equality charity Stonewall in the early 2000s and has also been deputy chair of Citizens Advice.

Unicef UK announced in August that former chief executive Mike Penrose would step down after three and a half years in the role "to pursue a number of personal projects".

Nick Roseveare has been interim chief executive since.

Douglas Alexander, chair of Unicef UK, said: "Sacha has an impressive record of achievement in the public, private and non-profit sectors, and we have been excited by his successful executive leadership in complex organisations and by his deep experience in advocacy, campaigning, marketing and children’s rights," he said.

Deshmukh said: "After many years of admiring Unicef UK, it is an amazing privilege to be joining its team and become a part of the Unicef family.

"Unicef’s work supporting children, worldwide and in the UK, is more important than ever before.

"Globally, one in four children is affected by war, and Unicef’s engagement with generous supporters in the UK is critical to providing vital support to children around the world."