In her inaugural speech as SNP leader, Scotland's First Minister-elect has said that tackling poverty and inequality will underpin a strong economy

Scotland’s First Minister-elect Nicola Sturgeon has said tackling poverty and inequality will be her “personal mission” as the leader of the Scottish Government.

Speaking at the SNP party conference in Perth on Saturday, she said the public, private and third sectors must work together to support this aim.

Sturgeon said: “The need for a strong economy to support a fairer society is well understood.

“But I want our national conversation to recognise, just as clearly, that the reverse is true as well.

“A strong economy depends on a having a healthy, happy, well-educated and well-paid population, to provide the workforce and the customers that businesses need to succeed.

“In the 14th richest country in the world, that is quite frankly a scandal.

"So let me promise you this.

"Tackling poverty and inequality – and improving opportunity for all – will be my personal mission as your First Minister.” 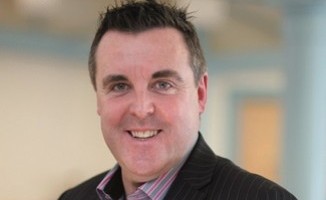 Sturgeon said that she was committed to maintaining a decent social security system but argued that welfare isn’t the route out of poverty.

She stressed the role of the living wage and putting funding into services that fill holes in the welfare system created by Westminister cuts.

She said: “I intend that Scotland will become a champion of the living wage and set a strong example for others to follow.

"Putting more money in people's pockets is the most direct thing we can do to tackle poverty.”

Sturgeon’s biggest new pledge was to increase free childcare from 16 hours a week to 30 hours a week following the next Holyrood election.

“An extension of childcare on the scale we plan will require, not just revenue investment, but major capital investment in our education estate.

“Our flagship infrastructure project in this parliament has been the new Forth Bridge – the Queensferry Crossing.

“I want to make one of our biggest infrastructure projects for the next parliament a different kind of bridge.

"I want it to be comprehensive childcare, giving our young people the best start in life and a bridge to a better future.”

The Scottish Council for Voluntary Organisations said that charities would welcome the new First Ministers commitment to tackling poverty and inequality.

John Downie, director of public affairs, said: “This is a bold move from Nicola Sturgeon and it is the right move to put social justice at the heart of government policy and, most importantly, action.

“Scottish charities are on the frontline in the fight against poverty and inequality, working everyday with people and families who are suffering at the hands of Westminster cuts to benefits and public services.

"Charities also know that a strong economy must be underpinned by a fairer and more equal society and we look forward to Scotland’s new First Minister working with the third sector to help create this shared vision.”