Maureen Watt, minister for mental health, announced the strategy yesterday (Thursday), promising to spend more than £300 million in the next five years in a bid to improve the delivery of child and adolescent mental health services over the next decade.

Containing 40 actions, Watt promised to hire 800 extra workers in mental health roles at A&E departments, GP practices, police stations and prisons as the government battles against missed waiting time targets and the scandal of thousands of children every year being turned away from specialist services.

The strategy details plans to audit why 17,000 children and young people seeking Child and Adolescent Mental Health Services (CAMHS) over the last three years had their referrals rejected by local health boards.

It also promises to review counselling services in schools and will see a panel of health experts meet twice a year to evaluate the strategy as it is implemented among the raft of actions.

While children and mental health charities welcomed the strategy being published in the first place, most roundly criticised its detail.

Scottish Association for Mental Health (SAMH) chief executive Billy Watson said the strategy was “long overdue” but added: “We are disappointed it lacks the ambition and investment that Scotland deserves, especially for children and young people.

“SAMH believes that an investment in non-CAMHS services that focuses on early intervention is required so young people can access appropriate help quickly.

“CAMHS does the job of supporting young people with a mental health diagnosis but GPs, teachers and parents need more options when presented with a young person who is mentally unwell.”

Nigel Henderson, chief executive of Penumbra, said the strategy has a strong vision and that the 40 actions cover a lot of issues but admitted he has reservations that only one has a dedicated budget and just six have clear timelines for completion.

He added: “As the strategy progresses we hope to see clearer goals established, new resources identified and a sharper focus on the vital few actions that will make the most impact.

“It is important that people with lived experience of mental ill health are central to these next steps and future iterations of the strategy.” 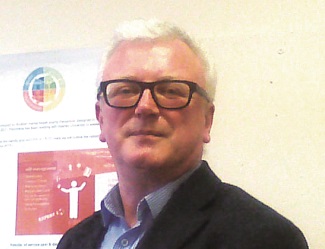 We hope to see clearer goals established, new resources identified and a sharper focus on the vital few actions that will make the most impact

The Mental Welfare Commission backed Henderson’s view that the strategy was strong on ambitions but said it needed more clarity on how those will be delivered.

“To ensure the strategy has a real impact on people’s lives, the next step is to bring clarity as to how its actions will be delivered, and by whom.

“It is also vital to have measurable outcomes. There must be a shared and effective process of monitoring the strategy, and whether it is effective.”

The NSPCC, however, rounded strongly on the 40 actions themselves and not just how they will be implemented.

“This was a key focus of the last strategy which has sadly been lost and this means policy aspirations to transform the nation’s mental health cannot be fully realised,” he added.

The NSPCC is a member of a coalition of six major children's charities, which includes Barnardo’s, Aberlour, Action for Children, Children 1st and Includem.

As a group the charities added: "There is a distinct lack of detail in the document about what actions will take place to tackle the growing problem of poor mental health in our children and young people.

"We are concerned that there is a lack of clear timescales for change and no detail on who is accountable should there be no progress on improving the mental health of children and young people."

Children in Scotland did feel there was emphasis on early intervention and prevention in the strategy and welcomed the government's willingness to address poverty and inequality. However, it said it could have could have been presented better.

The charity’s head of policy Amy Woodhouse said: “While it is clear that the right intentions are in place, we feel that a vision for a mentally healthy Scotland foregrounding children and young people could have been more powerfully articulated.

“The strategy raises a series of points and questions for the Scottish Government to consider.

“We look forward to working with Scottish Government to support effective implementation, drawing on the expert views and knowledge of our members.”

There was one organisation which had total support for the strategy, however.

Sheila Duffy, the chief executive of anti-smoking charity Ash Scotland, said: “People with mental health issues are just as likely to want to stop smoking, but they tell us that they can find it harder to do so.

“We now know that smoking harms mental health as well as physical health so it is time to accept that smoking is part of the problems faced by this group. This new strategy does that.”