New MPs: how the third sector will inspire us

Some of Scotland’s newest members of parliament have said their experience of working in the third sector will inform their politics and their priorities.

A whole swathe of the new intake of SNP MPs elected in the party’s extraordinary political landslide have experience working in charities and voluntary groups.

They include prominent Women For Independence campaigner and now Glasgow East MP Natalie McGarry, who most recently worked for a charity helping young people and who has spent most of her career working in the third sector.

McGarry said: "My time working in the third sector cemented my belief that the Westminster system has fundamentally failed to tackle poverty and inequality. 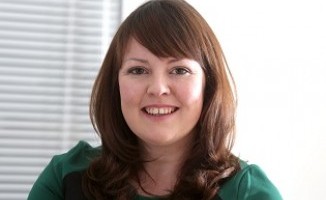 “Tackling poverty and improving the life chances of children and young people in Glasgow East is the number one reason I am in politics and will be at the heart of everything I do as an MP.

“I will campaign tirelessly for improved childcare, a higher minimum wage and powers that will allow us to strengthen and grow the Scottish economy to bring about real change."

Another is Calum Kerr, now MP for Berwickshire Roxburgh and Selkirk County.

He is also the director of the charity Citizens Advice Direct, which deals with debt, employment and consumer advice, and chair of Social Enterprise Direct.

He said: "Working directly with those hit by unfair Tory cuts over the past five years has shown me how imperative it is to end austerity.

“The fact that more families across Scotland are having to rely on foodbanks to put food on the table has been a wake-up call – things cannot go on like this.

“As an MP, I will push the case for more power over welfare and the economy to enable Scotland to better protect the vulnerable and give them a hand up – rather than kicking them when they are down." 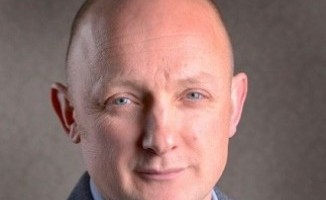 Others in the new SNP intake with a third sector background are Paul Monaghan, MP for Caithness, Sutherland and Easter Ross, who is director of Highland Homeless Trust and Stuart McDonald, Cumbernauld Kilsyth and Kirkintilloch East, whose CV states he recently worked for a charity helping young people.

Patrick Grady, MP for Glasgow North, worked in range of policy and campaigning positions in the charity and public sector – most notable as advocacy manager at Sciaf.

Anne McLaughlin, MP for Glasgow North East also has a charity background. She said: “Having worked for nearly a decade in the charity sector, for both Sense Scotland and the Imperial Cancer Research Fund, I know how unique the Scottish charity sector is.”

Stephen Gethins, MP for North East Fife previously worked as a consultant on international development across the political and NGO sectors, according to his CV.

Meanwhile, Tasmina Ahmed-Sheikh, MP for Ochil and South Perthshire, is the founder and chair of the charity Scottish Asian Women’s Association.

Deidre Brock, MP for Edinburgh North and Leith, is on the boards of cultural charities the Centre for the Moving Image and the Edinburgh International Festival.

Corri Wilson, MP for Ayr, Carrick and Cumnock, worked in the civil service for 20 years but eventually left to study psychology and went on to work in the voluntary sector.

In addition to the new intake, there are several other prominent SNP MPs with charity interests, including the party’s deputy leader Stewart Hosie, who has championed anti-sectarian charity Nil By Mouth, children’s charity the Smart Play Network and humanitarian organization Islamic Relief.

0 0
Morna O'May
over 7 years ago
..and Hannah Bardell, Steven Paterson, Pete Wishart and Deirde Brock have all supported 'Contact the Elderly'.