The people of Scotland must continue to raise their voice on climate action after world leaders signed a deal aimed at slowing global warming.

Green groups said the task now falls to ordinary folk to pressure governments into making sure commitments given at the end of the recent United Nations climate summit in Paris become a reality.

On Saturday, it was announced that 195 nations had agreed an historic first ever climate deal, which will include a commitment to hold global temperature rises to less than 2°C above pre-industrial levels – with a goal of 1.5°C set.

It will also see an accelerated phase-out of fossil fuels and the growth of renewable energy.

Included in the agreement is a pledge to raise $100billion a year to help poorer countries adapt their economies and a goal of achieving zero-emissions worldwide by the end of the century.

Climate campaigners in Scotland broadly welcomed the deal, though many said it could have gone further – and some have questioned how legally binding the deal’s commitments are.

Whatever their reservations, they said it is now vital that ordinary people across the world put pressure on their leaders to deliver what was promised in Paris. 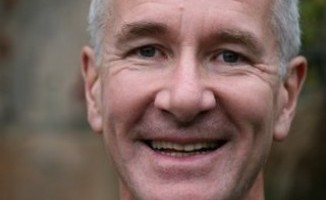 We can take hope from the fact that change is happening

Tom Ballantine, chair of the Stop Climate Chaos Scotland coalition of charities, said: "Before the Paris talks, many hundreds of thousands of people around the world came together to demand urgent climate action and to highlight the positive changes that communities are already taking to reduce carbon emissions. The deal in Paris shows that politicians are plodding behind that popular global movement.

"Despite the failure to reach a strong, ambitious deal in Paris, we can take hope from the fact that change is happening. Global investment in renewable energy surged last year and Scotland's record on renewables shows that we can move towards a new, green economy, with benefits for all. Communities across the world are coming together to create green transport systems and adopting low carbon lifestyles.

"What matters now is how countries take action to deliver on the climate promises they have made in Paris. Words must be followed by action.

"Here in Scotland, our focus now moves away from Paris and back to our own national governments. We must continue to hold politicians to account for their carbon promises, both in Holyrood and in Westminster. Stop Climate Chaos calls on concerned citizens in Scotland to join with others across the world to continue to raise their voices.

"The Paris talks are over. But in communities in Scotland and around the world, the fight for climate action continues. Stop Climate Chaos Scotland will be proud to play our part." 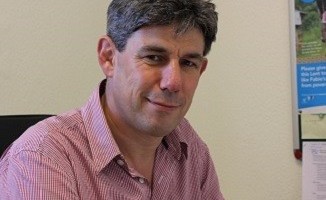 Alistair Dutton from SCIAF struck an optimistic note, saying: “It’s a monumental achievement that world leaders have recognised that we must keep global temperatures below 1.5˚C above pre-industrial levels.

“However, this will only be achieved when countries make credible cuts to their emissions, transparently review their progress and increase their commitments to cut emissions further.

“Until this happens the poorest people in the world, who are already being hit by climate change, will continue to face hunger, displacement and deeper poverty."

However, others were more critical, with Nick Dearden, director of campaign group Global Justice Now, saying: "It's outrageous that the deal that's on the table is being spun as a success when it undermines the rights of the world's most vulnerable communities and has almost nothing binding to ensure a safe and liveable climate for future generations."

Scottish First Minister Nicola Sturgeon said the deal was a "big step forward” and added: “Now that the talking is over, what’s important is that the rhetoric is backed up by meaningful action – not least in the crucial area of energy policy where we need the UK to assist Scotland’s drive to develop renewables and carbon capture, not stymie it as they have done this year.

“Devolved administrations, like the Scottish Government, will be strong drivers of a progressive climate agenda. We look forward to working with our international partners to secure the successful implementation of the Paris agreement.”