Two Scottish charities have scooped £7,500 each after being unveiled as winners at the Scottish Power Foundation Awards.

The wildlife charity has created a new tree nursery at the forest and with the support of teams of children, young people and adult volunteers have been able to grow and plant thousands of new trees and were also trained in the skills required to expand this ancient forest for the future.

A spokesperson for RSPB Scotland said it plans to use its prize to expand the project to restore forests on the higher mountain slopes. 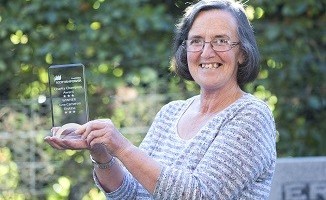 Erskine volunteer June Cameron was awarded for her services to Erskine, which has been caring for veterans for almost 100 years.

Despite having a busy home life and young grandchildren to look after, June volunteers at the Erskine Glasgow Home one day per week.

There she helps to serve breakfast and lunch, supporting staff to host fun activities such as quizzes and concerts for residents, and assisting with a whole host of housekeeping activities.

Once complete it will provide a new recreation area suitable to host events for all residents, relatives, friends, staff, volunteers and visitors to the home.

This year, 21 projects applied for the awards which took place at the National Library of Wales in Aberystwyth.

Ann Loughrey, trustee and executive officer of the ScottishPower Foundation, said: "We work with truly inspirational projects and the charitable work they do is admirable.

“We are delighted to have been able to play such an important role in this process and I look forward to seeing the benefit the additional funding awarded will bring to local communities across the UK.”