Scottish Government in court over religion in schools

Scottish humanists are seeking a judicial review of a decision by the Scottish Government not to allow young people to decide for themselves whether they want to take part in religious observance at school.

Currently parents have the right to request their children be excused from religion at school but young people are not able to make this decision themselves, as they are in England and Wales once they turn 16.

The Humanist Society Scotland (HSS), which promotes human decision making over religion in society, says that by refusing to allow young people to opt-out, the Scottish Government is potentially acting unlawfully. 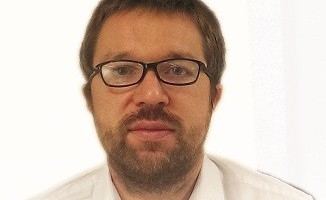 The Scottish Government’s policy on religious observance is a mess, a classic political fudge. Our young people deserve better.

It has submitted papers to the Court of Session in order to challenge Scottish ministers over its decision not to update guidance to teachers in light of a recent UN Children’s Rights Committee review, which called on the extension of the parental right to opt-out of religious observance to young people.

In England and Wales sixth form pupils, typically aged over 16, have the right to opt-out of religious education without first getting their parent’s permission.

The launch of this litigation comes after a report funded by HSS highlighted the increased role of religion in Scottish education, despite increased secularisation of other areas of public life.

HSS chief executive Gordon MacRae, said: “Today in Scotland young people are trusted to get married, join the army and vote in elections for the constitutional future of Scotland.

“However, Scottish ministers still do not trust them to make their own decisions about attending religious observance or to give young people the same rights as those living in England and Wales.

“For some time now Humanist Society Scotland has been calling on the Scottish Government to update its policy on religious observance. I had hoped that if they would not listen to us then at least they would listen to the United Nations Children’s Rights Committee.

“Sadly our efforts to seek progressive reform of this outdated requirement of Scottish education has failed. The Scottish Government’s policy on religious observance is a mess, a classic political fudge. Our young people deserve better.”

The law which governs religious observance, originally dating from 1872, has not been updated since 1980 and the latest guidance from the Scottish Government was issued in 2011.

HSS believes the failure to change the rules breeches the Scottish Government’s responsibilities under the European Convention on Human Rights.

Last month as part of its Enlighten Up campaign, HSS issued two new booklets to give advice to non-religious parents and young people on their rights on issues such as religious observance.

A spokeswoman for the Scottish Government said: "Religious and moral education enables children and young people to explore, debate and more importantly understand the world's major religions, as well as approaches to living independent of belief.

"Religious observance is a whole school activity which should be sensitive to traditions and origins, and should seek to reflect these but it must equally be sensitive to individual beliefs, whether these come from a faith or non-faith perspective.

"We encourage schools to discuss options with both parents and their children, particularly in the senior years."