She was terrified of telling her family she loved football, then she captained India

Reena has found a way out of the slum through the football pitch, proving once again that street soccer can transform lives

When she started playing football, Reena was terrified to tell her family. She thought they would be ashamed of her, that football wasn't for girls.

But her love of the game kept her going, until she was chosen by Slum Soccer to play for India in the Homeless World Cup in Amsterdam.

"Football has changed my life," she says.

"Girls from the slums lke me don't have any opportunity.

"I want to go back and create a team of my own. I want to train them and help them play for India too."

The men's team beat Ukraine in the final 5-2 while the women beat Chile 3-1.

The Homeless World Cup was set up in 2001 in Scotland and still has its headquarters in Edinburgh. 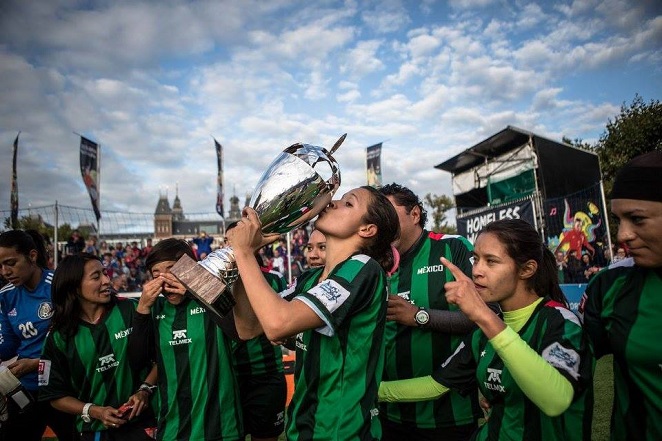