The digital divide is increasing inequality in Scotland

Digital progress is widening inequality in Scotland according to a new report from a leading think tank.

Charities, government and public service providers must take a more robust approach in helping the more than 1 million Scots who are being left behind in the digital revolution, says Carnegie UK Trust in a new report.

Digital Participation and Social Justice looks at the correlation between digital exclusion and social deprivation in Scotland in more depth than ever before. It finds that those who are not digitally engaged are experiencing an increasing level of social inequality and isolation in other areas of their lives. 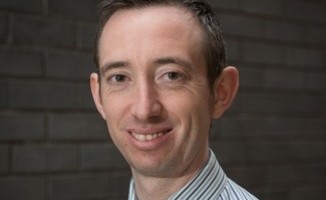 Douglas White, head of advocacy at the trust, said: “Digital participation – helping everyone to get online and maximise the benefits of digital technology – is arguably one of the great social challenges of our age.

“We know the great advantages that being digitally connected can offer – improved employment opportunities, higher levels of educational attainment, cheaper goods and products and better access to public services. However, too often those who are excluded from these benefits are the very same people who are also disadvantaged according to most other social and economic measures. This means that digital technology – the great enabling force of the 21st century – is actually exacerbating rather than bridging long-standing inequalities in our society."

The report found that there is a high degree of overlap between digital exclusion and commonly cited characteristics of deprivation. Those who are older, on low incomes, live in social rented accommodation or live in poorer neighbourhoods are significantly less likely to have digital access than the rest of the population.

The research has also established that the relationship between digital and social exclusion goes much further than this. Those who don’t have the internet are less likely to have a car; to have been on a flight in the past year; to participate in sport; to go to the cinema, a library or live music event; to read, dance, sing or play a musical instrument; to volunteer; to use council services; or take part in outdoor leisure or recreation at least once a week.

Working status, qualification levels and age are the key predictors of whether or not someone is digitally excluded – with housing tenure and income also important drivers.

Carnegie is now calling for a more united approach to tackling digital exlusion that would imbed digital skills in all areas of social services in Scotland.

“To date, responses to digital inclusion across different sectors have tended to treat the issue as a standalone programme or delivery silo, important in its own right but required to compete with other, much more established players such as education, health, social care, welfare and housing for resources and attention," said White. "If we want to fix this then radical action is required. It needs real commitment and a willingness to try out new approaches and share learnings from one another and we urge those on the frontline of policy, including charities, government and public services to help lead the way.”

The report is based on in-depth analysis of the Scottish Household Survey, carried out by Ipsos MORI on behalf of the Trust.

0 0
Sheila
about 5 years ago
At a bus user group yesterday the bus companies tried to impress a group of elderly bus users with their new APP. Frankly the elderly bus users were completely unimpressed and continued to ask for bus stop timetable notices and paper timetables. For many being digitally connected is not an advantage as it can cost them a lot of money which they don't have. They actually don't feel excluded.