The real price of alcohol in Scotland

Last month the Court of Session finally ruled that the Scottish Government can introduce a minimum price for alcohol. In the run up to Alcohol Awareness Week Carol Stewart investigates what this means for Scotland’s health.

Life-saving minimum pricing legislation will finally be introduced by the Scottish Government after four years of legal battles from the Scottish Whisky Association to block the policy.

The Court of Session decision in October that a 50p minimum price of a unit of alcohol is legal comes as a huge relief for health charities and medical experts battling the scourge of Scotland’s alcohol addiction. Coming just in time for Alcohol Awareness Week, which kicks off on 14 November, is Scotland now going to call time on its reputation as the drunk man (and woman) of Europe?

Over 1,000 Scots lost their lives due to alcohol last year. That’s 22 people per week – the equivalent of all the players in a football match dying of alcohol-related diseases every single week.
While the death toll has decreased slightly over the past decade – in 2005, 29 people died on average per week – we still have a long way to go in terms of tackling Scotland’s binge-drinking culture, which costs the nation at least £3.6 billion every year. 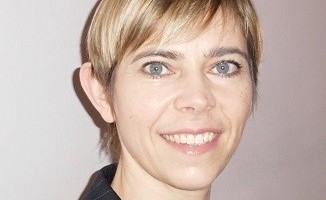 Alison Douglas, chief executive of Alcohol Focus Scotland, the national charity working to prevent and reduce alcohol-related harm, says: “While we have made some progress, every one of these deaths is a tragic, premature and most importantly, preventable death.

“What’s more, people living in the poorest communities of Scotland are six times more likely to die and eight times more likely to need hospital treatment because of alcohol, than those in more affluent areas. We know that deprived areas have 40% more places to buy alcohol than more affluent areas. The more widely available and easily accessible alcohol is, the more we drink and the more harm will be caused.”

The resulting damage includes one in two people reporting being harmed by someone else’s drinking, six in 10 violent crimes involving alcohol and 51,000 children living with a parent who has an alcohol problem.

The UK Chief Medical Officers’ recently updated alcohol guidelines to reflect new evidence about the health risks associated with drinking, and cancer in particular. They advise that both men and women should not regularly drink more than 14 units per week, ideally spread across the week rather than drinking all at once, with several alcohol-free days.

Fourteen units is not 14 drinks, as some people think – it’s the equivalent of six pints of beer, a bottle and a half of wine, or half a bottle of spirits. While there is no guaranteed safe level of drinking, regularly drinking more than the low risk guidelines can be damaging in both the short and long term. Alcohol causes more than 60 conditions including oral, breast and bowel cancers, liver disease, cardiovascular disease and mental health problems.

Scots buy 20% more alcohol on average than people in England or Wales. So why are we so reluctant to ditch the booze despite the very evident risks?

Alcohol Focus Scotland says it’s because alcohol is cheap, readily available and constantly promoted. It is calling for a series of preventative measures including a 50p minimum unit price, increasing alcohol taxes (particularly on high strength cider and spirits) and the introduction of mandatory unit, calorie and ingredient labelling, and prominent health warnings on all alcohol products. It also wants to see a national policy on reducing the availability of alcohol, including strengthening the role of licensing boards.

Douglas says: “It can be difficult to make the healthy choice when alcohol is available anytime, anywhere and we’re encouraged to drink in every social situation. Alcohol companies use sophisticated marketing campaigns to convince us that alcohol is an essential part of everyday life. This creates real difficulties for people who don’t want to drink, those who are trying to cut down, and people recovering from alcohol dependency.

“Our high streets have an abundance of pubs, restaurants, off licences and fast food shops. Asking people to make healthy choices won’t be effective unless we make our towns and cities healthier places to live. Licensing boards have a really important role to play in making decisions that improve the health of the communities they serve. That means saying no to new licensed premises in areas where there are already too many places to buy alcohol.”

Scotland has been waiting more than four years to implement this policy which will prevent thousands of hospital admissions and crimes, and save hundreds of lives - Alison Douglas

Cheap supermarket alcohol is cited as a major factor. It means more people are now choosing to drink at home or in public places rather than going out to the pub. In leading supermarkets, a 70cl bottle of vodka costs just £10 while a two litre bottle of super-strength cider is just £2, as little as 16p a unit, described by campaigners as “pocket-money prices”.

The Scottish Government has been trying to introduce minimum pricing for alcohol since 2009, a policy widely supported by health professionals, the police, alcohol charities and sections of the drinks industry.

Alison Douglas said: “Scotland has been waiting more than four years to implement this policy which will prevent thousands of hospital admissions and crimes, and save hundreds of lives.

“A minimum unit price of 50p will affect the cheap, strong ciders and spirits that are mainly bought by people who are drinking harmfully, including underage and dependent drinkers. If you drink in moderation you won’t notice much difference to the price of the alcohol you buy – but it will make a big difference to the health of harmful drinkers. We hope minimum pricing will now be put in place as quickly as possible so we can start seeing the benefits.

Dr Alastair MacGilchrist, consultant liver specialist at the Royal Infirmary of Edinburgh, agrees price is a crucial factor in alcohol-related deaths and prevention rather than cure is what is needed.

“The two ways that you can influence price are by taxation or the idea of setting a threshold below which alcohol cannot be sold. Minimum unit pricing very selectively targets the heaviest drinkers because they are the ones who are drinking the very cheap alcohol; you couldn’t invent a better public health policy.

“There’s been rightly a lot of publicity about very cheap alcohol – particularly very cheap cider and vodka – and the damage that alcohol can do for very low spend is scary. The heavier drinkers, particularly dependent drinkers, rely on and concentrate on cheaper alcohol. They become very sensitive to price – they will step down so they’re spending the same amount of money but getting more alcohol for their money.

“I feel very passionately about minimum unit pricing because I like to think that as a doctor I can approach the evidence impartially. The evidence is overwhelming that in every culture, at every time point there is a very strong link between alcohol consumption and alcohol related deaths; and between alcohol consumption and the availability of alcohol. The availability is a balancing act between one’s disposable income and the price of alcohol.”

Alcohol Focus Scotland says more needs to be done to help people understand the health risks better so they can make informed choices about whether, what and how much to drink.

Douglas says: "It is totally absurd that legislation requires more consumer information to be printed on a pint of milk than on a bottle of vodka. Mandatory labelling, including clear health warnings, would help us understand and manage the risks associated with alcohol consumption. We would also urge the Scottish Government to invest in a mass media campaign to clearly communicate the updated advice to healthcare professionals and consumers." 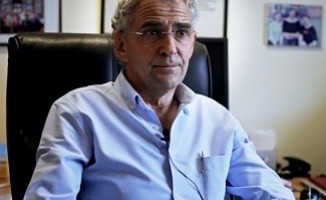 MacGilchrist says patients with alcohol-related liver disease fall into two categories, those with advanced liver disease and irreversible damage and those who appear well but have liver damage detected before they show symptoms.

“The latter are the sort of person who you can perhaps intervene and help; with the patients with advanced complications it’s very hard to turn the clock back,” he says.

While he is seeing more young people and women, the vast majority are still men, usually in middle age.

“Most patients I see who have liver damage with cirrhosis will have been drinking in excess of what’s safe for many years, usually decades, often without realising it.

“If I as a doctor could give one message to people who are at risk out there, it’s to realise that these safe limits we talk about for alcohol are real. Alcohol, drunk to excess is damaging your liver, even if you’re feeling fine. This is a silent illness until it’s too late.”

According to MacGilchrist there is a long lead-in period of apparent good health with liver disease, however the damage is occurring. People read in the media about safe limits, they know they’re drinking more than that but assume they’re one of the lucky ones because they feel ok, little knowing the damage is happening under the surface.

It’s important that people understand that it’s the total volume of alcohol taken that does the damage. It doesn’t matter what type of alcohol or whether it’s in a binge or slowly over time.

“The strength of wine and beer has increased over the past few decades so the old rules about units are an under-estimate,” explains MacGilchrist.

“The person who is having what they think is a safe limit of a couple of glasses of wine every night may in fact be doing themselves liver damage. It’s that insidious damage which is dangerous because it is so hidden as compared to someone whose binge drinking is obvious.

Most drinkers don’t think of alcohol as a drug, believes MacGilchrist. As a society we buy it with our food and drink at the supermarket and don’t consider that we need to closely regulate our intake.

“It is surprising – some patients find out they have liver disease and they can stop drinking. But for most patients there is a degree of dependency, their heart rules their head – they want to stop but alcohol is an addictive and destructive drug and the alcohol dependency ruins not just their own lives but the lives of people round about them.”