Voluntary Action Scotland’s (VAS) latest report into the impact of Scotland’s thirty two local third sector interfaces has found that while they are all engaging with public sector partners in community planning, they still face significant obstacles.

The report finds that 89% of organisations that worked in partnership with a Third Sector Interface (TSI) said they brought extensive knowledge of the third sector and its views to Community Planning Partners. Yet despite this some TSIs have complained that they are still not taken seriously. 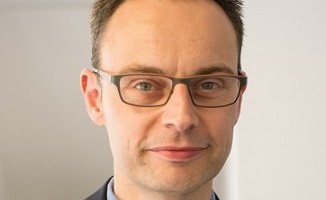 The sheer scale of this activity now needs to be better recognised by government and the statutory sector in sustainable resourcing – for TSIs and the third sector locally.

New legislation means that Scotland’s third sector should be working much more closely with local government and the NHS on health and social care issues as well as wider community planning programmes.

One interface manager, however, told TFN: “Personally, I don't feel that we are an equal partner so much as an afterthought.

“We are generally invited to the table too late in the day to have any meaningful input into plans or discussions and are often sent papers for meetings only a few days before the meeting is due to take place so there is little time to read, digest or prepare.

“With all our experience dealing with the many communities throughout the area, I would have thought other partners would think of us first when it came to partnership working or trying to find match funding for projects.”

This experience is shared by a number of other organisations across the country. The report highlighted that TSIs have been forced to come up with a range of strategies to increase understanding of the wider third sector within public and independent sector agencies.

These included events to showcase the third sector's contribution to Reshaping Care for Older People Change Fund in Dundee, invitations to public sector heads of service to visit voluntary organisations in West Lothian and the creation of a secondment from the third sector to the public sector in Aberdeenshire.

Despite the difficulties, according to the report 68% of local third sector organisations believe that they are more able to influence and contribute to public policy due to the work of their TSI.

However, the TSIs themselves are concerned that the additional responsibility of both engaging with the third sector and reporting to partners is not being appreciated by government.

Calum Irving, chief executive of VAS, said: “This year’s impact report shows that the role for TSIs in community planning has expanded greatly to a huge range of forums linked to public service reform.

As a whole it paints a positive picture of the work of TSIs. It shows that traditional services, such as help with setting up charities, finance, governance and finding volunteers are as much in demand as ever before.

Overall, however, TSIs face a challenge providing a full range of services in the face of a more complex and less well-defined role.

“It is a role of huge value quite simply because it brings people together to tackle the issues faced locally,” said Irving in the introduction to the report. “But the job of building relationships and collaboration can be painstaking. If, though, we want as a country to build bridges across the statutory and third sectors to share resources and meet the needs of people better, then it becomes an essential role.”