Thousands of home renters to benefit from new law

A new law which will modernise how people rent their homes has been welcomed by charities and housing groups.

Campaigners described the private housing (tenancies) (Scotland) bill, which was passed in the Scottish Parliament on Thursday, as a “significant breakthrough” in tenant rights.

The new law will see simpler tenancies created, offer stability and security to the 700,000 tenants who call the private rented sector home, and ensure rent increases are clearer.

Key to the bill is a rule change that means landlords will no longer be allowed to ask tenants to leave simply because their tenancy agreement has reached its end date – a practice known as ‘no fault eviction’.

To help tenants in areas where rents are getting out of control, the bill gives local authorities the power to implement rent caps where rent increases are deemed excessive. 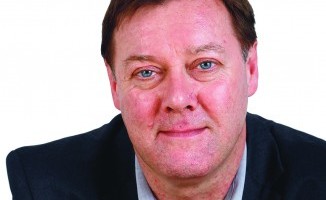 Tenancies will also be simplified under the new law. They will roll on automatically, meaning there is no pre-set minimum or maximum period that a tenant has to stay in a property for and confusing pre-tenancy notices will be scrapped.

Following the passing of the bill, housing minister Margaret Burgess also announced that no fees will be charged for anyone taking a case to the Housing and Property Tribunal.

Graeme Brown, director of Shelter Scotland, who has long campaigned for many of the changes being made, said private tenants, landlords and letting agents across Scotland will benefit.

“This bill represents the biggest move forward in private tenancy law in the last quarter of a century and we welcome many of the changes it contains,” he said.

“It will significantly rebalance the relationship between tenants and landlords to modernise and strengthen the rights of the growing number of private rented sector tenants in Scotland.

“The abolition of ‘no fault’ eviction combined with a flexible and secure tenancy will help families in particular put down roots in their communities and help people to stay in their home for as long as they need.”

Jon Sparkes, chief executive of national homelessness charity Crisis, said: “This bill will mean private tenants can feel much more secure about creating a home for themselves.

“The private rented sector is growing in Scotland and these measures mean Scotland is again taking the lead in protecting people from the devastating effects of homelessness.

“Making sure access to the tribunal is free for tenants will also help more vulnerable tenants be able to access their legal rights if and when they need to.”

Campaign group Living Rent, which is about to launch its first membership drive, turning it into a nation-wide tenants’ union, also welcomed the new legislation but added there is still work to be done.

Activists from the group said its fight for more rent controls and an even better deal for people renting from the private sector will continue but the passing of the bill was an important milestone.

Liz Ely, a Living Rent activist, said: “Today marks an incredible first step towards decent housing for Scotland’s private sector tenants and a huge relief to so many of us who are living in insecure rented housing. It shows that when people come together and get organised, we can change things for the better.

“But our work is far from over – homelessness is still rife, Scotland’s tenants still have little chance to secure a long-term home and rents are still rising through the roof.

“In today’s economy where an increasing number of people will never have the reassurance of owning their own home, a strong tenants’ movement is more important than ever, and Living Rent will continue to campaign for rent controls and a better deal for people renting from the private sector.”

“We are committed to achieving a sustainable, long-term solution to addressing housing need and affordability. Both landlords and tenants have told us this new law will mean a modern and fit-for-purpose sector. Its range of measures will ensure the sector is better managed, simplified and successful for all in the private rented sector.”