Benefits will be frozen for two years if the UK votes in the Conservative Party at the next general election.

Chancellor George Osborne told the annual Tory conference the move would save £3 billion a year.

The freeze, which will come into effect in 2016, would not include pensions, disability benefits and maternity pay.

Osborne, who claimed £25bn in permanent savings needs to be found to eliminate the UK’s deficit, said: "The option of taxing your way out of a deficit no longer exists, if it ever did."

The announcement has led to widespread criticism from voluntary organisations working with people in poverty.

The Poverty Truth Commission is a network of people with first-hand experience of living in poverty. 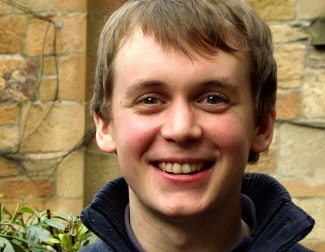 He said: “Freezing incomes will only serve to further impoverish the poor and negatively impact all of us. As a society, we have collectively failed to understand poverty properly as we have not listened to the experts, those people with experience of it first-hand. The UK is an extremely wealthy state and choosing to cut the incomes of the poorest to pay off the debt is a political choice, with far-reaching negative economic consequences.”

The Child Poverty Action Group (CPAG) in Scotland highlighted findings from the Institute for Fiscal Studies that already predicts the decision to impose below inflation uplifts on benefits are the biggest factor set to drive 100,000 more children into poverty by 2020.

John Dickie, director of CPAG Scotland, said: “This is bad news for working parents struggling on low wages, already coping with rising living costs and previous benefit cuts, as well as those unable to work. A couple both working full time on the minimum wage are already nearly a fifth short of the money they need for children’s basics; another freeze will make it a whole lot harder for them too."

Citizens Advice Scotland, which reports increases in the number of people seeking advice about benefits and access to foodbanks, also criticised the policy.

Chief executive Margaret Lynch said: “We are concerned about the impact this will have on low income people in Scotland. We recognise that some of the most vulnerable groups have been exempted, and we welcome that.

“But at a time when so many people are getting into debt and turning to foodbanks just to get by, we are concerned about what this will mean for families who are already struggling to pay their bills.”