Trussell Trust will not have Jobcentre staff in foodbanks

The UK’s biggest network of foodbanks has said it will definitely not allow Jobcentre advisors in its foodbanks.

The Trussell Trust has written to TFN to clarify its position following news stories that revealed the Department for Work and Pensions (DWP) would like to place benefits staff in foodbanks.

The trust, which runs over 420 foodbanks across the UK, said it is not "actively considering" placing DWP staff in its foodbanks. 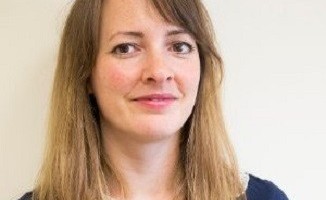 “We have no plans to place DWP job advisers in Trussell Trust foodbanks.”

The trust, which is seeking an urgent meeting with the DWP, said it is open to improve DWP processes in order to reduce the number of people left hungry due to problems with benefits delivery.

Hodson added: “One idea discussed privately with some foodbanks and a small number of backbench MPs (but not yet discussed with DWP) was to give foodbank clients opt in access to specific welfare advisers tasked with troubleshooting benefit related admin errors, delays or payments that had lead people to need foodbanks.

“The idea (which has not even been piloted) would be to right the wrongs of the current system which can leave people without an income for weeks or even months, and this person might be available on the phone rather than in a foodbank. This is very different to a job adviser.”

The trust states 44% of referrals to its foodbanks are a direct result of benefit related issues.

0 0
Lynne Friedli
almost 5 years ago
It's clearly to be welcomed that the Trussell Trust is not (currently) planning to place JobCentrePlus advisers in their food banks. However, reports that TT is in discussion with DWP and/or Iain Duncan Smith are hardly surprising. The discussion on giving food bank clients 'access to welfare advisers' may have been 'private' - but it is also included in TT's written evidence to Parliament, as follows: http://data.parliament.uk/writtenevidence/committeeevidence.svc/evidencedocument/work-and-pensions-committee/benefit-delivery/written/20630.html"There are positive opportunities for JCPs to engage clients in partnership with foodbanks to improve experiences of benefits delivery:""We recommend a pilot placing JCP advisers in a trouble-shooting capacity within foodbanks seeing some of the highest volumes of benefit delays.""Those JCPs that have not yet done so should arrange a visit to their foodbank and for reciprocal training and information sharing with the project manager, so both JCP staff and volunteers can better understand each other’s work and help foodbank clients receiving welfare. "Genuinely independent advice on welfare and other rights is important for all claimants, including those who use food banks.However, the idea that it could ever be appropriate or ethical to use JCP staff in this role shows a complete lack of understanding of what JCP staff are being paid to do - which is to use all means possible to force people off benefits, via a regime of sanctions and other punishments described by legal experts as 'incompatible with justice and outwith the rule of law'. Are the authors of this regime, and those who are paid to deliver it, to be considered as 'partners'?I hope the widespread outrage provoked by the idea of JCP advisers in food banks will give the Trussell Trust pause for serious thought. It would also be more honest of Molly Hodson to acknowledge that based on the written evidence submitted by TT, we all had good reason to be extremely concerned. Read more at http://thirdforcenews.org.uk/blogs/foodbank-network-is-not-in-discussions-with-dwp#q8JoemQdD2gryICK.99

0 0
fran yeldham
almost 5 years ago
Written evidence from Trussell Trust (BFD0147) Background 1. The Trussell Trust welcomes the opportunity to respond to this inquiry. We operate the UK’s largest foodbank network, with over 1,200 centres providing a minimum of three days’ nutritionally-balanced food and support to people experiencing crisis. The experience of our foodbanks, evidenced in this submission, identifies a clear link between welfare delivery problems and foodbank use across the UK. o the foodbank as a result of benefit sanctions. 4 of 6 foodbanks who saw an improvement in delivery had still seen an increase in the proportion of clients coming to foodbanks as a result of benefit sanctions. sanctions cannot be resolved at the local level. 22. There are some positive recommendations from foodbanks on how working with JCPs could better help clients. 28 of the 51 foodbanks suggested the single biggest thing Job Centre Plus could do locally would be to station an advisor in foodbanks for a few hours a week. The majority would welcome training for foodbank volunteers – and offered training to JCP advisers on how foodbanks operate. 23. Specific suggestions included: “An advisor in foodbank would be helpful also training for our volunteers. If it was possible for Job centre to provide computers during session this would help greatly with individuals getting help to do their job search.” 40. There are positive opportunities for JCPs to engage clients in partnership with foodbanks to improve experiences of benefits delivery: We recommend a pilot placing JCP advisers in a trouble-shooting capacity within foodbanks seeing some of the highest volumes of benefit delays. Those JCPs that have not yet done so should arrange a visit to their foodbank and for reciprocal training and information sharing with the project manager, so both JCP staff and volunteers can better understand each other’s work and help foodbank clients receiving welfare. Cross community forums are a useful for joint working. Local agencies and support services (foodbanks, housing associations, children centres, etc.) would benefit from DWP attendance. The DWP attended a recent Wiltshire forum which Salisbury foodbank found useful. 41. We recommend the DWP investigates Universal Credit arrears and administrative delays and ensure clients are aware of flexibility on payments as well as speeding up the delivery process and ensuring claimants do not have automatic dedications or reductions leaving them on low or no income. 42. We call on the new committee to act on the advice of the previous committees’ report Benefit sanctions policy beyond the Oakley Review that expressed concerns around the efficacy and impacts of the current sanctioning system.

0 0
John
almost 5 years ago
This is the same Russell Trust that invited Tory M.P.,s to open up one of their food banks in Scotland...wankers