Trust in charities has fallen in Scotland according to a new report from the Scottish charity regulator.

In recent public survey carried out on behalf of the Office of the Scottish Charity Regulator (OSCR), only 63% of Scots said they trust charities compared to 68% two years ago.

It is clear from the report that negative media reports about charities have impacted on public trust.

Half of people whose trust in charities have fallen said it was down to negative press and media coverage, while 35% said it was as a result of chief executive salaries.

Another third blamed charities for not ensuring money reached where it was meant to. Lastly, 12% of those who have lost faith in charities said it was because of their habit of hounding or harassing people.

Stories such as Age UK selling a product that wasn’t the best value, the mismanagement of Kids Company, the treatment of Olive Cooke, who was bombarded by fundraising requests, and the salary of the Scottish SPCA’s chief executive have all contributed to these falling trust levels, found the report.

English charities have also experienced a drop in trust, with overall trust at its lowest level since 2005 according to the regulatory for England and Wales.

The findings of the Charity Commission's survey shows that trust in charities has fallen from 6.7 out of 10 in 2014 to 5.7 this year.

The report also attributes the fall in trust and confidence to critical media coverage of charity practices, distrust about how charities spend donations, and a lack of knowledge among the public about where their donations go.

Perceptions of aggressive fundraising tactics have also contributed to the decline in trust.

The research is based on surveys of a representative sample of over 1,000 people conducted earlier this year, and on discussions with four focus groups.

William Shawcross, Chairman of the commission, said: "Charities play a vital role in society and this report shows that the public still overwhelmingly believe that. But public support cannot be taken for granted and these results show that action is needed to restore public confidence. These results are a call to action for everyone who values public trust in charities.Among those that said their trust in the sector had fallen, the main reasons cited for trusting charities less were negative media stories about charities, mentioned by 33 per cent of people, and media coverage of how charities spent donations, selected by 32 per cent."

One respondent said: “I feel like a lot of donations go towards paying the salaries of street fundraisers, which I think is wasteful as well as obtrusive and affects my experience on the high street”.

On a more postive note, however, the vast majority of Scots continue to support charities with nine out of 10 Scots saying they have donate time, money or goods.

Charities could be well served by publishing details of how donations are spent, as 60% of people said this would help increase their trust in an organisation.

The public are also more likely to trust charities if they have heard of OSCR, however only 22% of the population are aware of the existence of the charity regulator.

OSCR’s chief executive David Robb welcomed the reports and said: “It’s reassuring to see that public trust in charities remains high, but clearly there are steps we can all take to reinforce this further.

“For the regulator, it’s about ensuring greater transparency, support and scrutiny, which we’re delivering through our new Targeted Regulation programme. For charities, it’s about publicising the work they do and the impact they have, whether that’s on their websites, in their annual reports and accounts, or in the local press.

“For the public, it’s checking charitable status on the Register and reassuring themselves about the organisations they are looking to support.” 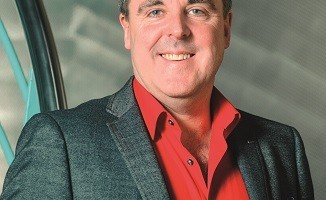 The charity sector has taken a bit of a bashing in the press over the last year, some of it deserved but most of it not - John Downie, SCVO

People are most likely to support medical or health related charities, followed by children’s charities and local charities. So-called neglected charities are only supported by 5% of people.

Women have greater trust and confidence in charities than men, and trust decrease with age with 16 to 24-year-olds trusting charities considerably more than people over 65.

Richer Scots are also more likely to have faith in charitable organisations.

“The charity sector has taken a bit of a bashing in the press over the last year, some of it deserved but most of it not," he said.

“Scottish charities have responded to concerns about fundraising and details about the future regulation of fundraising in Scotland will be unveiled in the next few days.

“It’s great to see, however, that local charities continue to enjoy high levels of trust from the public as it’s clear that the closer a person is to an organisation the easier it is for them to see the valuable work that is being delivered.

“The third sector carries out high-quality essential work across Scotland day-in day-out, a fact that SCVO is proud to support and promote.”

Responding to the findings from both OSCR and the Charity Commission Hannah Terrey, head of policy and campaigns at the Charities Aid Foundation, said: “The UK has a proud tradition of being one of the most generous countries in the world when it comes to supporting good causes. But charities know that the generosity of their supporters is dependent on trust.

“These findings from the Charity Commission chime with CAF’s own research. People overwhelmingly see charities as being a force for good, and – quite rightly – have high expectations of them. Unsurprising, when some charities fall short of the high standards people expect, this dents trust.

“Millions of people from all walks for life benefit from the support and services which charities provide. For this to continue it is vital that charities rebuild and restore trust and develop strong relationships with supporters. Charities are already working to address concerns about fundraising, and CAF has lent support to the establishment of a new fundraising regulator. But there is scope for all of us to do more to reassure people that the donations they generously give have a real and lasting impact improving lives and tackling some of society’s greatest problems.”

0 0
Yuri Karpov
over 5 years ago
Ice cold Scottish welcome for EU citizens A family of 3: Mother- EU national, husband- of another non-British nationality and daughter, 15 years old- EU national (with high functioning Autism syndrome) has been played by Newbattle Abbey College, Charity NSC035294 for over 4 years… Until the family, with a very low income and being on social benefits managed, after 3 years asking the Charity to replace an insufficient heating system and improve insulation and security, to renovate unliveable conditions in the Charitie’s property that had been signed for lease with the family. After the first year going through the winter in the unheated stone house, the family asked the Charity to improve the conditions in the property, the answer being: ‘we don’t have money for that’. The next rather noticeable thing was to see the upper managers change their cars to Audis and BMWs in one year. After 4 years, and finally enjoying the first winter in a warm house thanks to HomeWorks Scotland, who did the total renovation of the heating system and installed secondary glazing next to single glazed sash and case, after the family applied for Government Funding and were found eligible, the principal Ann Southwood, the Chair Brian Lester OBE, trustees: Dr Richard Butt deputy principal Queen Margaret University Councillor Bob Constable SNP Midlothian Dr Richard Dockrell senior teaching fellow University of Stirling Prof Gillian Hogg deputy principal Heriot Watt University Duncan Robb head of subject Queen Margaret University Prof Alistair Sambell vice principal Edinburgh Napier University Marlene Gill Decided to kick (not to talk or discuss options but literally to KICK) the family of 3 out of the property immediately and went to their solicitors to ask for a court order to remove the family from the house. Of course, now the house can be easily rented out. The family had to declare themselves homeless as they did not plan to move out of the property. The lease did not have any specific dates of renewing or ending the contract, so the Judge did give the family 2 weeks to remove their belongings from the property. This is how welcomed EU citizens are in Scotland and how highly respected educational staff in Scottish Higher Education institutions value humanity (and personal profit). Do you want to study in Scotland? Do you want to do any business with Newbattle Abbey College? Think twice, maybe there are better options?