Those aged 16 and 17 should be given the right to vote in future elections according to young people’s organisations.

Over 109,000 school-aged teens registered to vote with many photographed entering polling stations in their uniforms throughout the day.

Despite being allowed to take part in the historic referendum many of those who voted for the first time yesterday will not be able to cast their ballot in next year’s general election as they will not be 18.

A spokesperson for Young Scot said the law should be changed as young people showed throughout the debate they are leading the future of Scotland right now.

“Young people have shown to be switched on, engaged and passionate about the difference they can make to their local communities – highlighting the real truth about Scotland’s young people,” the spokesperson continued. 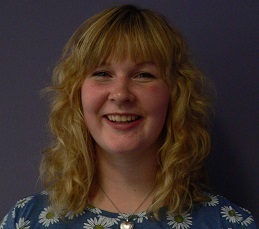 We have a once in a lifetime opportunity to build on what has been achieved through this process, to harness all of the positive young voter engagement work that has taken place over the last two years

“Young people have told us they feel inspired and want more opportunities to have their say, creating a strong case for the franchise to be extended to 16 and 17 year olds in all elections in the future.”

First time voter Louise Cameron chair of the Scottish Youth Parliament said a significant amount of positive work had gone in to engaging young voters, and called for a new phase of devolved politics in Scotland.

“As a young person, I have been absolutely astounded at the amount of effort that has gone in from schools, youth groups and other civic and voluntary organisations, and the campaigns, to try and remove barriers to participation and actively engage young people, particularly those young people who face more challenging circumstances,” she said.

“We have a once in a lifetime opportunity to build on what has been achieved through this process, to harness all of the positive young voter engagement work that has taken place over the last two years to ensure Scotland’s young people play a key role in shaping the next phase of devolution in Scotland. The journey of building Scotland’s future begins now, and we all have a responsibility to ensure young people are at the heart of it.”

The National Union of Students Scotland said the referendum campaign disproves any notion students and young people are apathetic.

“While todays result is clear on the outcome of the vote, it’s absolutely vital that no one across Scotland or the UK thinks that it represents an acceptance of the status quo,” she said.

“As the campaign went on, we rightly saw a huge consensus across Scotland for the need for a more powerful and distinct Scottish parliament, independent or not.

“We want to see politicians and parties on all asides of the debate now come together and agree a formal process to carry that consensus forward, for a new way of doing politics, democracy and decision-making in Scotland.”