Amnesty International has attacked UK over plans to scrap human rights act, planned surveillance laws and its response to the refugee crisis

Britain is heading down a chilling path with its plans to scrap the Human Rights Act, a global human rights organisation has warned.

Amnesty International has blasted the UK government for setting a dangerous precedent and for undermining human rights around the rest of the world.

In its annual report on the state of the world’s human rights, it warned the plans to scrap the act will make it even harder for organisations such as itself which are set up to protect human rights.

“People around the world are fighting for basic human rights as their governments continue to crush the right to privacy and free speech in the name of national security,” Naomi McAuliffe, the programme director of Amnesty International Scotland said. 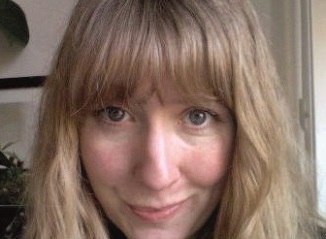 Here in the UK, the view from Westminster is that human rights are a threat to security and law and order, and by continually downgrading our rights, the UK government is setting a dangerous precedent

“It is chilling to see the UK government travelling a parallel path setting a dangerous precedent for the future.”

Amnesty’s report provides commentary on human rights in over 160 countries and territories and criticises the UK for not doing enough to help refugees in Europe. It calls for the government to expand its rules to allow refugees to join family members in the UK.

It blasts the UK for continuing to sell weapons – including combat aircraft and bombs – to Saudi Arabia and demands the UK supports calls for a United Nations inquiry into the Yemen conflict.

Special criticism was reserved for the UK’s proposed new surveillance laws to be introduced via the investigatory powers bill.

Among the proposals are requirements for internet companies to store customer’s records for a year and for the encryption technology which powers popular messaging apps such as WhatsApp and iMessage to be banned.

Amnesty, which describes the controversial bill as a mass surveillance power grab, questioned its legality and necessity.

McAuliffe continued: “Our rights are being threatened by governments around the world with millions of people suffering horrendous violations at the hands of states and armed groups.

“Here in the UK, the view from Westminster is that human rights are a threat to security and law and order, and by continually downgrading our rights, the UK government is setting a dangerous precedent.

“Unpicking our basic rights and freedoms in the name of national security fatally undermines our ability to call on other countries to uphold rights and laws.”

Chakrabarti, who has been at the human rights organisation for 12 years but recently announced she is stepping down, told the third sector audience at the Scotttish Council for Voluntary Organisations event, that the government's plan to replace the Human Rights Act with a new British bill of rights and responsibilities should make people nervous.

She said: "Despite all the many challenges in human rights in the United Kingdom at the moment, and in the wider world, let's make no mistake the existential threat to human rights protection in all of our islands, in all of our countries, is the Westminster government's plan, promise, pledge, to scrap the Human Rights Act and replace it with a so called British bill of rights and responsibilities.

"Human rights are for human beings, they're not citizen's privileges, not Scottish rights, or English rights, or French rights or American rights - we know where that kind of thinking leads: it is the road to Guantanamo Bay, where it is permissible to treat some people in an inhumane way because they are not your own nationals.”

0 0
Kadin
over 6 years ago
The UK will never change. Around 15m Chinese were murdered by the Japanese in WW2 and guess who supplied the weapons to Japan's army, you guessed it UK!

0 0
mike tildesley
over 6 years ago
I would rather trust any UK government with all its faults and problems than any other country anywhere to make decisions on my behalf .....at the very least they have been elected