Victory for consumers as regulator reigns in Wonga

A leading debt advice charity is claiming victory after the country’s biggest payday lender was forced to write off 330,000 individual debts to the tune of £220 million.

Wonga was forced into the decision after the Financial Conduct Authority judged it had not complied with its rules – in effect, lending cash to customers who couldn’t afford to pay it back.

The notorious high street lender has already paid out £18.8m in “remediation costs” after sending fake lawyers’ letters to customers in arrears.

The company has also introduced new interim lending criteria, which means it will be accepting far fewer loan applications and some existing customers will be barred from reapplying for loans for 30 days. 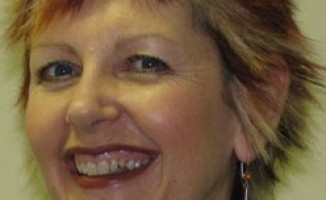 Susan McPhee, heads of policy at Citizen’s Advice Scotland, which has been campaigning hard to highlight the practices of the payday lending industry, said consumers should feel empowered by the move and feel confident about standing up for their rights.

She said: “This action against poor lending practices by Wonga is a very welcome step by the regulator. Given that the company has styled itself as the gold standard of payday lending, this is another embarrassing admission of guilt after its recent attempts to trick customers with fake lawyers.

“Today’s action, which will see the debt of over 300,000 customers written off, will be a message that sounds loud and clear to other lenders. They must ensure the debt they are signing people up to is affordable for that person’s income. Anything less will now result in serious repercussions.”

Wonga, which unlike many payday lenders has its roots in the UK rather than the United States, has a default rate of around 7% on its loans.

Its chairman Andy Haste said: "We want to ensure we only lend to those who can reasonably afford the loan in question and during my review, it became clear to me that this has unfortunately not always been the case.

"I agreed with the concerns expressed by the FCA and as a consequence of our discussions we have committed to taking these actions."