The social entrepreneur who set up Remade in Edinburgh could win £10,000 to help franchise the idea out to other areas

Sophie Unwin, founder for Remade in Edinburgh, is the only Scottish contender for the public vote award, which includes a £10,000 prize.

Unwin, who formerly ran Remade in Brixton, was inspired by the experience of living in Nepal and creating less than a dustbin of rubbish in the year. 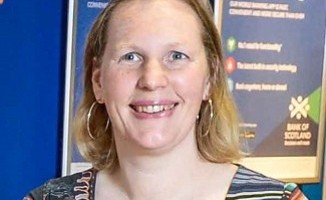 We'd use the £10,000 to seed a new organisation, REMADE, to work with groups across the UK to replicate the model, starting with two pilot projects

"When I came back to the UK I saw the potential for building a business based on repair education," she said.

"In Edinburgh we started up in 2011 with a group of volunteers and £60. In the last year we tripled our turnover to £200,000, diverted 200 tonnes of waste and trained over 1,000 people in repair skills as we expanded from our base in Guthrie Street and opened up the Edinburgh Remakery with support from Edinburgh Council and Zero Waste Scotland."

The Edinburgh Remakery, in the heart of Leith, offers customers retail and workspace areas, where they can learn to fix textiles, computers, mobile phones and furniture.

It works in partnership with Edinburgh University, which supplies computers, and Edinburgh's Community Health and Advice Initiative (CHAI), which runs a furniture recycling service and supplies furniture to Edinburgh Remakery.

Since opening Edinburgh Remakery, 50% of Remade in Edinburgh income is now from trading

Sophie, said: "If we won, the money would go a really long way. We'd use the £10,000 to seed a new organisation, REMADE, to work with groups across the UK to replicate the model, starting with two pilot projects.

"We've had interest from Glasgow and Mull to as far afield as Cornwall, Devon and York. Repair creates over 10 times as many jobs as recycling and this replication plan has potential to create 10,000 new jobs in the UK.

"What's taken us five years in Edinburgh could take other groups two years if they took our learning and worked with their local authorities to help save landfill tax costs as well as create new jobs and training opportunities."

Watch Sophie's story below and vote for her online before Friday 28 October or text ‘SEYA’ Sophie 67076. Texts are free